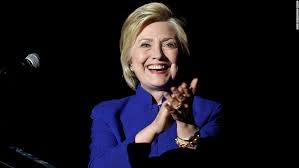 There is no compromise on the Syrian issue among the foreign policy and defense team of Democratic nominee Hillary Clinton if she wins her presidential elections on November 8. The expected presidential team agrees on a primary issue, to the effect that President Barack Obama’s policy of preserving the Assad regime and including it in a settlement is a failed policy, and that the only possible solution is overthrowing Assad.

Because Clinton reaching the presidency will make history in America in that she is the first woman to reach the country’s highest political position, and because it is expected that Clinton will appoint an unprecedented number of women in sensitive foreign policy decision-making positions, as a complement to the participation of American women in political decision-making, it is possible to expect Clinton’s policy to be built on a review of the views of five women from among those expected to play a major role in her administration.

The first of these women is Michele Flournoy, who refused the post of Secretary of Defense after Chuck Hagel because she knew her views differed from Obama’s, especially on Syria. The position was given to the current Secretary of Defense Ashton Carter, who was working in the Department of Defense under her. Flournoy headed a working group in which some of the main officials concerned with foreign policy participated, including the Iraq War hero and former CIA chief David Petraeus. The study said that arming the Syrian opposition and establishing a safe zone for the opposition were basic conditions for reaching a Syrian solution.

A retired under-secretary of another ministry played a prominent role in Obama’s administration and currently plays a leading role in Clinton’s foreign policy team – Wendy Sherman, former Under Secretary of State, who played a pivotal role in the nuclear talks with Iran. In contrast to Obama’s instructions, Sherman was among the opponents of opening political channels with the Iranians alongside the nuclear talks, and called on limiting the negotiations to nuclear issues and sticking to a strong position in confronting Iran in other areas, especially Syria and Iraq. Because of her opposition, and leaks of some information about her opposition regarding the nuclear agreement, she was neutralized. Sherman led talks with the team of former candidate Bernie Sanders, who tried through his representative and the representative of some Arab nations James Zogby to ensure their Democratic Party manifesto for the elections included an article requiring the next president not to use military force in Syria. Sherman blocked this and overturned Zogby’s article, making it appear she is a leading proponent of directing a military strike against Assad if Clinton becomes president.

From the State Department, two leaders active in Clinton’s campaign are also prominent: former Director of Policy Planning in the State Department, Anne-Marie Slaughter, and former Deputy Assistant Secretary for human rights, Tamara Cofman Wittes. The first wrote an opinion article last summer saying America and Obama had to change its policy toward Syria, and that a no-fly zone could be established by using naval missiles. Slaughter said that the one time Assad entered into a deal for a settlement was the day he felt the United States was on its way to striking him in response to his use of chemical weapons.

For her part, Cofman has criticized — in a study published by the Brookings think tank where she works —the focus of some governments, like Russia, on preserving Syrian state institutions, and has said that even if Moscow succeeds in doing so the Syrian state will not be able to regain control of all its territory, and that the rebels will not lay down their arms as long as the Syrian state remains in its current form with Assad as its president. Cofman has called for thinking about how to make countries like Russia stop focusing on Assad’s future, although his remaining in power in Syria or not does not affect European or American interests.

The five women expected to play major roles in any possible Clinton administration have gathered around the necessity of Assad leaving power as an introduction to a political solution, and this is a consensus that reflects the view of Clinton herself as well as most of those in charge of foreign and defense policy in her campaign who will likely be included in her administration if she wins the presidency.