Zaman al-Wasl speaks to Abdo, a trained psychologist now residing in Lebanon, who wishes to provide an adequate life for his family by selling gas to refugee camps 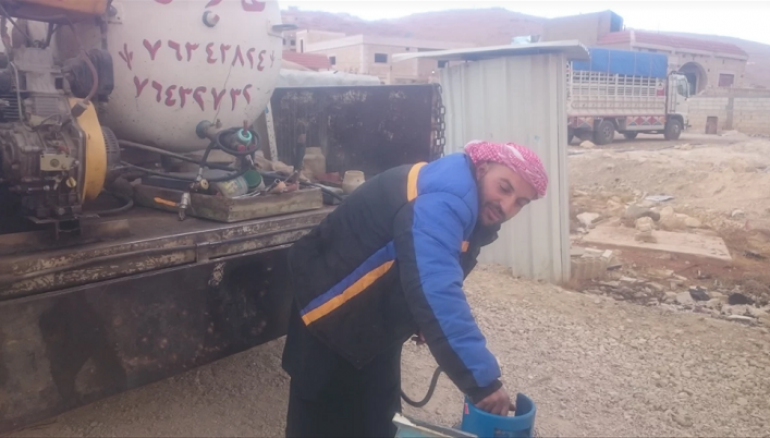 Abdo Saleh, a psychologist from Homs, was forced to leave the Syria because of the war and live as a refugee in Lebanon, selling gas cylinders in refugee camps to cover the cost of living for his family.

Originally from the village of Al-Moshrifa, Abdo ranked first among his colleague in school and university, but after seeking refuge he struggles to cover the expenses of his four boys and two girls. Leaving all he had learnt behind, Abdo is only keen to secure his children’s future and the cost of their school.

Abdo explained to Zaman al-Wasl that Syrian refugees are in real need of psychological support, especially children who have witnessed the terror and fear from the Assad regime’s shelling and air strikes, which have caused a range of psychological disorders.