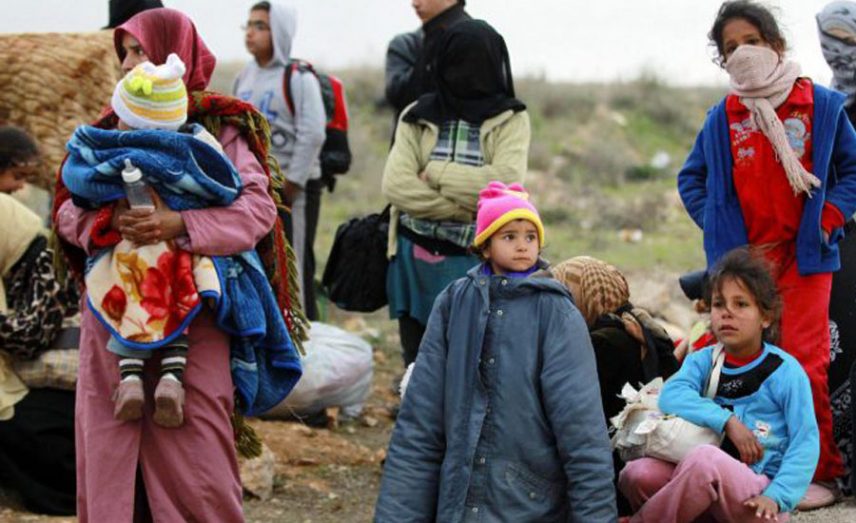 Day after day the scene in the city of Aleppo reveals the face of another tragedy in this stricken city. After the destruction of a large part of its infrastructure and the death and displacement of hundreds of thousands of its residents, today some of its residents were hit with another humanitarian tragedy related to the lack of recognition from the regime’s authorities of the marriage contracts which were made by the opposition sharia courts.

Local sources inside Aleppo city told Sada al-Sham that the problem "does not lie in establishing the marriage contracts concluded by opposition sharia courts if there are two spouses," in which case it is sufficient to file a suit for marriage, but rather the problem lies in the event that one of the spouses is dead or missing and there are children in the marriage.

The sources estimated that the number of this type of case was in the hundreds and pointed to a case of loss faced by mothers after they were unable to prove the heritage of their children.

The head of the Free Syrian Lawyers Association, Ghazwan Koronful, said that it is natural that the regime courts do not verify marriage contracts if the husband is not present because the attendance of both spouses before the judge is a legality. He told Sada al-Sham that the wife could be a claimant or her motives could be insincere, and so how could the judge establish the validity of the contract which was established by an opposition sharia court, and are considered contracts without any legal status?

Koronful said that if the husband is outside the country he can authorize a person who is present inside Syria to be his agent with power of attorney to make the claim to establish marriage at one of the embassies or consulates of the regime. However if the husband is dead there is no legal solution to this problem at all.

The head of the Free Syrian Lawyers Association said that the problem is not limited to the city of Aleppo, adding that, "This situation is generalized to all marriages in liberated areas if the husband is absent or disappeared, especially if the deceased husband is not Syrian."

In this respect, he said, "The children will not be registered at all in the courts and they will be without nationality, which will create a disaster for thousands of children who will not be able to attend school."

According to the previous reading, Koronful believes that the solution to this legal dilemma requires the enactment of a law for children of unknown origin. He expressed his worry about "the long time it will take to issue a law like this because until that time, these children will grow up, and they will be without identity or pedigree."

The Kawkab Center for Human Rights plans in the coming days to launch a new campaign under the title, "Sons of," which is pushing to raise awareness about the exclusion of fathers' names in marriage contracts made in opposition-controlled areas. The center is calling on women to reject any contract that does not clearly state the name of the husband and his nationality (as per his identity card or passport), in addition to indicating the legal status of the children that are the fruits of this marriage in the future, and who is their father.

According to officials at the center, the campaign will include distributing posters in the villages and towns under opposition control and establishing forums to raise awareness of this issue.