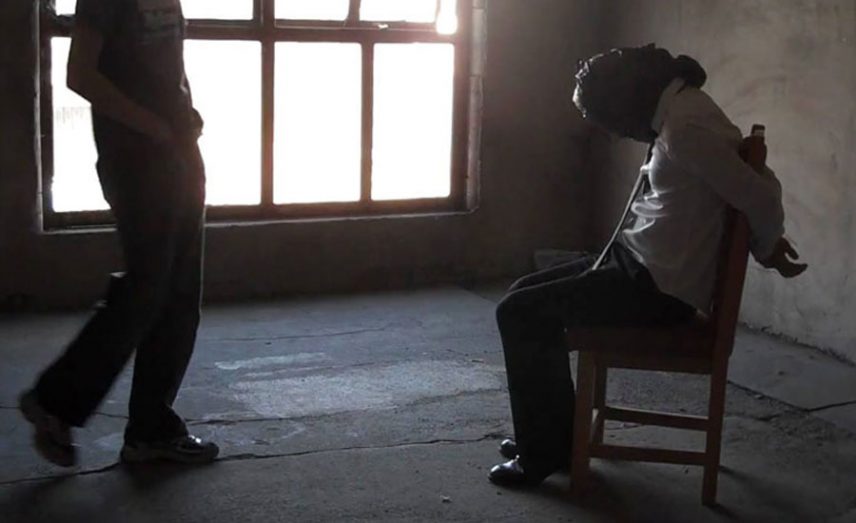 The security situation at the border between Daraa and Suweida is heading toward collapse and a mutual distrust between the people of the two neighboring provinces in southern Syria as kidnappings by armed gangs runs rampant in the area.

The issue of kidnapping for ransom is no longer unique to the people of the southern region, as the administrative boundary between the provinces has seen dozens of cases over the last four years, most of them ending with the intervention of regional notables or large payments.

At the start of January, farmer Abbas Zein from the town of Era in the western Suweida countryside was kidnapped by an armed group in broad daylight while working in the Samar area.

In response, the family of the kidnapped man retaliated by kidnapping 13 people from Daraa province, as well as two people from the Bedouin tribes in the Era region in an attempt to pressure the kidnappers to release Zein. Tensions consequently rose along the administrative border between the two provinces and since that time the area has become quasi-militarized.

On January 16, pictures of Zein were published on social media showing him being tortured and threatened by his captors. The effects of torture were apparent on his hands and legs. Sources close to his family said that the kidnappers were demanding a ransom of 20 million Syrian pounds ($93,300) to free him.

Close to the checkpoint at the town of Al-Mazraa in the western Suweida countryside, a member of the popular committees, Bassil Shakib al-Halabi, 29, was kidnapped by an armed group who took him to the town of Nahtah in the eastern Daraa countryside on Monday, January 16.

Halabi's captors demanded 50 million pounds ($230,000). The young man's relatives responded by kidnapping 25 people from the Daraa countryside, most of them from the town of al-Gharia al-Gharbia. They also seized 30 cars owned by people of the province between January 16-18 as a response to actions by Zein's relatives.

Abou Ragheb Nasar, a teacher in the western Suweida countryside, believes that resorting to wrongdoing with more wrongdoing is "not a custom of the people of the plains and mountains of Houran" and "undermines the exceptional relationships between the people and neighbors." However, he posed a clear question to Enab Baladi, asking: "How can families get their sons back from the gangs when they don't have money to pay the ransom?"

Suwedia province is largely under the control of the Syrian regime, except for the land in the western countryside in which Bedouin tribes operate, while wide areas of the Daraa province are under control of various Syrian opposition groups.

The Syrian regime maintains control over about half of Suweida city and a number of cities and towns and villages in the northern and central countryside.

Abou Ragheb offered an explanation for what he labelled as "unethical," for the families of the kidnapped who respond by kidnapping dozens of people from Daraa, and then release them in exchange for money which they use to cover the ransom demanded to return their own children.

Abbas Zein was returned to his family on Thursday, January 19, after his relatives gathered the ransom amount demanded from them by exchanging eight detainees from Daraa, at two million pounds for each detainee. Relatives paid the captors 16 million pounds to release Zein, who was transferred immediately to the national hospital in Suweida to receive treatment for his torture.

A number of other Daraa detainees were released in Era, but four people remained there, including a 15-year-old child, according to sources, whose only wrongdoing was that they did not have the money to be liberated and without any initiatives from notables in the area to resolve the matter.

Halabi's family followed the same path in the town of Al-Mazraa to release their child Bassil. According to different sources, family members collected between 10 million and 50 million pounds, from two detainees in al-Gharia al-Gharbia to pay the captors, who then released Bassil Shakib al-Halabi on Thursday afternoon.

The sources said that a number of detainees in Al-Mazraa were from the town of Ulma in the Daraa countryside and that some of them had been released in exchange for 1.7 million pounds for each person. However, others were still being detained because they were unable to meet the demanded amounts.