Zaman al-Wasl speaks to the uncle of 16-year-old Bashar, who was seriously injured while removing the rubble of their house following government air strikes 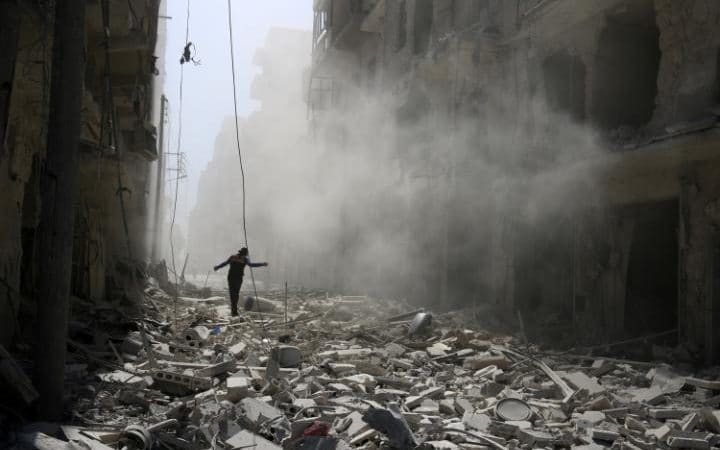 Bashar, a 16-year-old boy from Idleb province, was paralyzed three months ago while shifting rubble from regime air strikes.

The boy's uncle, Abou Kassem, said that he and his family were removing the rubble of their house after it was hit by an air strike, adding that boy was injured when he fell onto a metal pole that pierced his back, injuring his spinal cord. After attempting to stand, Bashar fell again only to injure his neck.

Abou Kassem said that Bashar was taken to the northwestern city of Maarat al-Numan for treatment, but he was instead transferred to Bab al-Hawa where he underwent scans and tests, although medical workers were unable to treat him. Only after Bashar arrived across the Turkish border into Gaziantep was he diagnosed with bleeding in the neck.

Doctors confirmed that the boy’s spinal cord was almost completely severed, according to Abou Kassem, who mentioned that Bashar now must receive assistance breathing through a tube.

He mentioned that Bashar can slightly move his legs and right arm, but doctors needed to amputate a finger from his left hand due to gangrene.

Abou Kassem explained that Bashar, whose father was killed, has five siblings who live in different refugees camps in the Turkish city of Rihaniyah and the village of Haish in the countryside of Idleb.