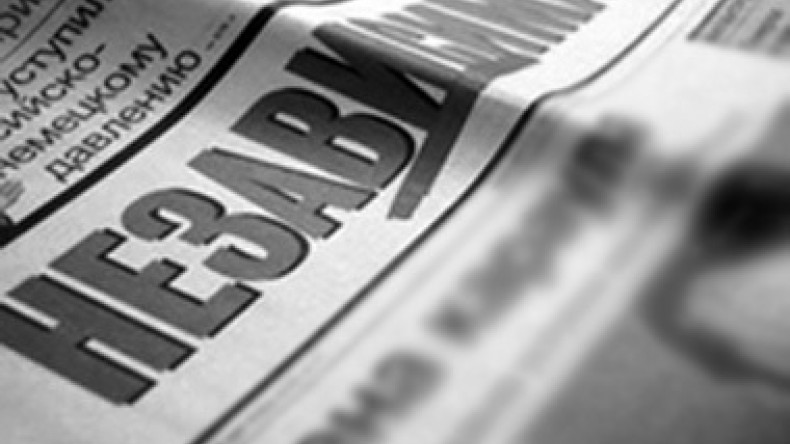 The Russian Nezavisimaya Gazeta newspaper has sharply attacked the incompetence of Syrian government forces, repeatedly stressing that Syrian President Bashar al-Assad, without Russia and Iranian and Lebanese militias, would be powerless to stop the broad assault of Syrian opposition forces on the capital Damascus.

The newspaper published an article translated into Arabic by the Kremlin-backed website Russia Today on Thursday. The newspaper, which enjoys a large readership inside Russia, acknowledged the severe attack by opposition forces which began on Sunday, March 19, 2017, and continues today.

The newspaper indicated that the opposition forces in their attack used tunnels that had been previously dug and were able to plant massive explosives, detonated near regime forces sites, in addition to using car bombs throughout their offensive.

The newspaper backed claims by opposition media and repeatedly challenged the regime line which said that the forces of the “Republican Guard held on to their positions despite the heavy losses they suffered.” This comes as a contradiction by the Russians of the regime, which has denied the extent of the heavy losses suffered by its forces throughout the ongoing battles in Damascus on the Jobar and Abbasid fronts.

The newspaper directly attacked the regime intelligence agencies and their officers and forces, saying: “It is not understood what the reconnaissance and military intelligence units were doing and why a large number of armed groups with their equipment were able to advance to the capital. Why did it turn out there were tunnels in Damascus prepared previously by the militants — and, apparently, large tunnels?”

The newspaper defended the Russian military experts who are supporting the regime forces, addressing accusations and reproaches toward the regime forces, indicating that idleness pervaded the ranks of these forces, saying: “The facts supplied make it hard to blame the Russian military experts, some of whom have confirmed the lack of desire of the Syrians [regime forces] to mobilize quickly, always accompanied by the word ‘tomorrow,’ which it is impossible to overcome, making carrying out full reconnaissance to uncover the tunnels a fantasy.”

The newspaper clearly acknowledged that regime forces had fled from their positions during the battles and said that regime officers did not understood the meaning of military discipline and the need to carry out combat operations with extreme difficulty.

The Russian newspaper confirmed in its report what the opposition had said in the first hours of the Damascus attacks about regime forces fleeing and leaving their battle positions out of fear for their lives.

It seemed that the Russian newspaper was reminding Assad of Moscow’s “grace” toward him, saying: “It should be said here that there is a group of Russian military experts and advisers in Syria working at all levels of the structure of the armed forces — including in leadership headquarters, supply departments and alongside military forces on the ground.”

In that context, the newspaper confirmed that the regime forces had repulsed the attack “without a doubt thanks to the role played here by the Russian military advisers. The Syrian generals are unable to take decisions themselves in conditions which require serious change in the emerging situation. Yet the victory which the Syrians obtained on the battleground this time is likely owed to the fighters from the Russian private military companies.”

The Russian newspaper stressed that if not for the Russian intervention, the latter would need another month to repel the opposition attack which made its way to Damascus. It said that the regime forces lacked the tactical maneuvers to confront the “enemy.”