The regime's deliberate blocking of water to the Al-Rastan Dam could result in an environmental disaster for entire villages which rely on the Orontes River for food, income and irrigation, Iqtissad writes 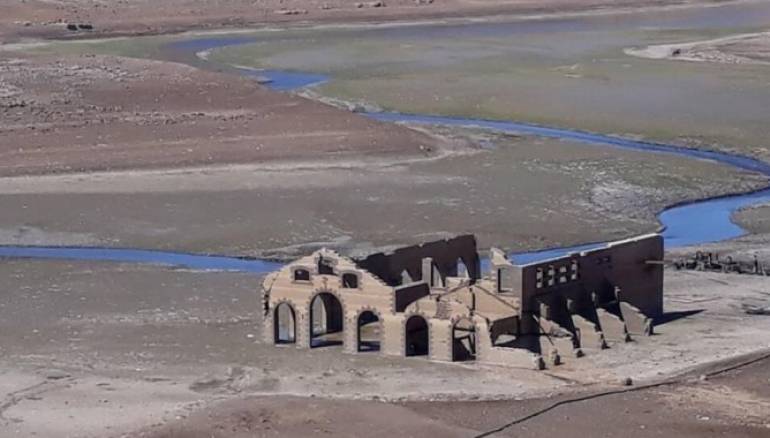 The land between the Al-Rastan Dam and Orontes River is considered the main agricultural land and “bread basket” for the northern countryside of Homs, as it helps supply the local market with more than 75 percent of vegetables and crops during four years of blockade.

Over the last five years, there has been no significant decrease in the level of water passing through the dam, enabling farmers to irrigate their crops like potatoes, onions, tomatoes and others.

However, the Assad regime recently started cutting the level of water flowing from the Orontes River from Qattinah Lake (which lies 40 kilometers upstream), threatening farmers’ crops and the amount of fish in the area.

Farmer Abou Mohamad, who relies on the Al-Rastan Dam to irrigate his land, told Iqtissad: “Last year we were worried about the drop of the water level, because if that happened the pumps’ consumption of diesel would increase to 20 liters per an hour, However, this year, with the recent drop of water level, the pumps' consumption raised to more than 25 liters per an hour.”

When the Syrian regime closed the water gates between Qattinah Lake and the Orontes, the villages of Al-Ganto, Deir Maala and Granada were hit by drought.

Already financially overstretched, local farmers pitched in to buy a system for drawing water to irrigate their lands, but the recent drop in water levels has made it difficult to irrigate a single field.

Abou Manhal, an agricultural engineer, told Iqtissad that the level of water had decreased significantly in the last 15 years since drought struck the Al-Ghab Plain.

The drop in fish numbers in the Orontes also poses a risk for locals, as 15 percent of the population of the northern countryside rely on fishing as a main source of income.

Abou Fayez, a resident of the town of Granada, told Iqtissad that he took up fishing for work after his release from prison. He said that with the drying of the lake during mating season, a drop in fish numbers would mean a certain drop in his source of income as well.