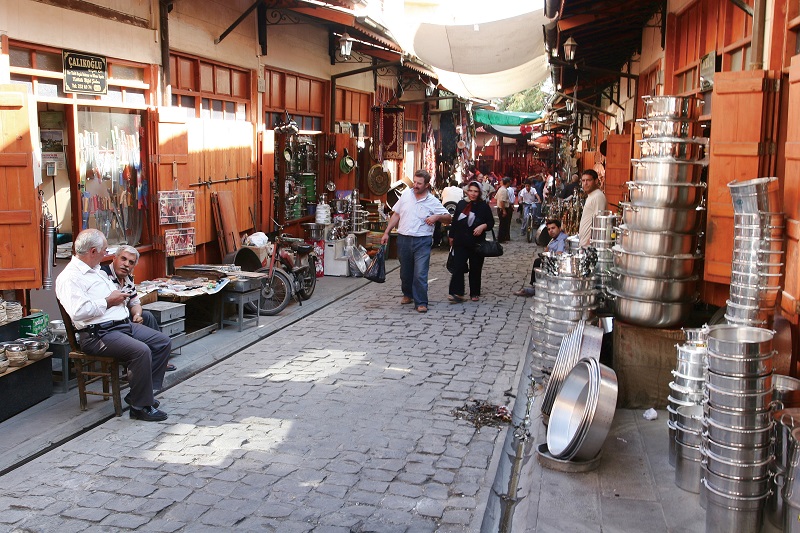 Turkish authorities have frequently issued new resolutions aimed at improving the situation of around 3 million Syrian refugees living on its territory.

These resolutions include, but are not limited to, the decision to grant work permits to Syrians, ensuring their right to work and keeping them from exploitation.

In late 2016, Turkish authorities issued a decision to grant Syrian refugees the right to obtain a work permit for those who have spent more than six months living in Turkey after obtaining a temporary protection identity card.

Although a year and a half has passed since the decision was announced, the program has only been applied on a small scale. Recently, however, Turkish authorities have begun to hold Turkish and Syrian employers accountable for failing to settle their employees’ statuses.

As a result, many employers have begun to settle the work status of their Syrian employees to avoid the large fines they may face in case of violations.

Speaking to Iqtissad, a legal source explained that employers sought to delay the process to avoid paying taxes that guarantee workers’ rights. In addition, employers want to avoid raising employees’ salaries as the minimum wage is 1,404 Turkish lira ($390).

The source clarified that the recent decision is to the advantage of Syrian employees as it guarantees their rights and interest, but added that these decisions often create difficulties when implemented. Since the decision was implemented in the southern city of Gaziantep, dozens of Syrian workers have lost their jobs due to bureaucratic decisions beyond their control.

A Syrian worker in a Turkish carpet manufacturer explained how his boss asked all Syrian workers in the factory to provide their legal details to obtain temporary work permits for them. The most crucial document to obtain the permit is the temporary protection card issued by Gaziantep province.

According to the worker, seven Syrians out of the 20 working in the factory were unable to obtain work permits because their temporary protection documents were issued outside Gaziantep. The workers lost their job as a result.

“We reviewed the Directorate for Migration Management hoping that we could move our registration to [Gaziantep], but the directorate did not take our request into account and told us that our registration cannot be changed at the moment until new decisions are made,” said the worker.

This worker added that around 200 Syrians in Gaziantep have lost their jobs during the last period for the same reasons.

According to the Temporary Protection Regulation, the temporary protection identity card allows holders to obtain services and work in the state where it was issued. Other residence permits are not location specific.

Abbou al-Hasso, a journalist and expert on Turkish affairs, explained that the Directorate of Migration Management in Gaziantep stopped transferring Syrians’ registrations around one year ago.

He noted that the workers’ complaints are always discussed in Turkish officials’ meetings, but added, “Turks’ preoccupation with putting their house in order recently is the reason why the Syrian problems have not been dealt with.”

Based on these considerations, Hasso expects some breakthroughs regarding the situation for Syrian refugees in Turkey in the near future, because the problems are worsening, especially as Syrians move between the Turkish states.