Parents in northern Syria are trying and failing to save their children from conscription in areas under the control of U.S.-backed forces, Tamaddon writes 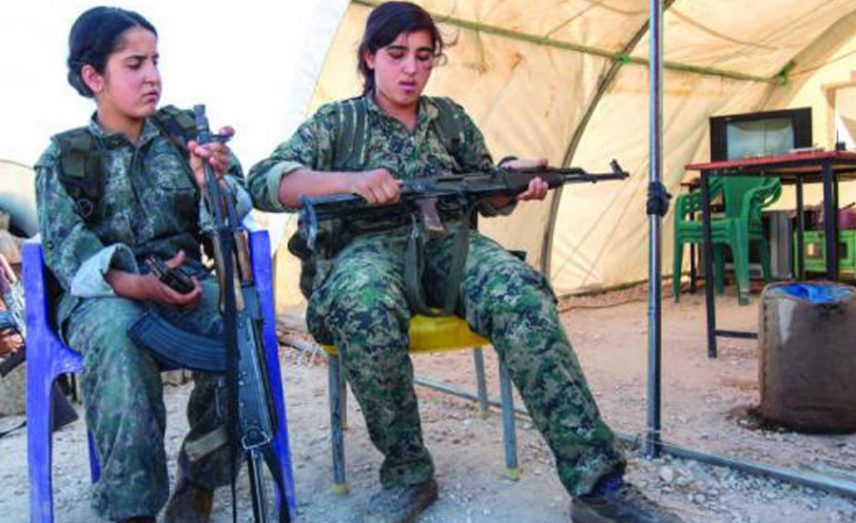 Terrorist organizations are dependent on the use of children in fighting and in operations such as the manufacturing of weapons and ammunition, or transporting weapons and ammunition. The People’s Protection Units (YPG) group which dominates the U.S.-backed Syrian Democratic Forces is one of the groups drawing minors to fight in its ranks.

This is done through military campaigns of forced conscription carried out by the Kurdish militia against residents in the areas under its control. The YPG campaigns even target children, as the forces take advantage the absence of ID cards issued by government departments in areas outside regime control, especially in the rural areas of Raqqa and Aleppo.

In a comparison of areas under (Kurdish) Self-Administration control in northeast Syria, Hassakeh city takes first place in the increase of cases of forced conscription for those who are below the legal age for compulsory service.

One of the most prominent cases documented for the conscription of children, which has been met with a popular outcry and mass protests, followed the forced conscription of a 14-year-old girl, Jimen, under the threat of arms, by the YPG in cooperation with members of the Kurdish Revolutionary Youth. She was detained from the grounds of the Khawla Bint al-Azour school in the town of Al-Qahtaniyah amid accusations from her family that the Asayish (security) forces had kidnapped their daughter intentionally.

Another girl, Nisreen Faseeh, who was not yet 14 years old, was arrested in the Ras al-Ayn market. Faseeh’s family were notified about their daughter by the Asayish office in Ras al-Ayn, who said they had transferred her to a training center outside the city, and that she was not alone as she had thousands of other comrades.

This is in addition to the case of Ruseem Karmou, from the village of Qoulan, near the city of Al-Darbasiyah. She was 13 years old at the time of her arrest, which occurred when she was at school in May 2014.

The arrest operations have not only focused on girls, but have also included a large number of young men who are under the legal age. This became clear after the Human Rights Watch group called on the Syrian Democratic Forces in a report issued in June not to conscript minors, in addition to media accounts this month of the arrests of children under 15 years old in the northern Aleppo countryside during the recent clashes.

A number of civilian sources from the city of Hassakeh said that the majority of young men who have reached the legal age for military service have left the city and so the raids affect those who are under the legal age. Yet some families in these areas have dared to refuse to throw their children onto the front lines and have called on the leaders of the defense authority to stop the conscription campaigns. Their requests have always been rejected and have been met with slogans promoting sacrifice and redemption to raise morale and prevent the emergence of any civilian movement calling for an end to conscription of minors.

Human Rights Watch on June 13 issued a report calling on the U.S.-led international coalition to make it clear to all forces, especially the Syrian Democratic Forces, that the conscription of children was illegal, even if they are not carrying out military tasks. It also urged the need to discipline officers who permit children to serve in their ranks.