The broader opposition is now calling on HTS to reform or dissolve as international pressure mounts on the rebel-held province, Sada al-Sham writes 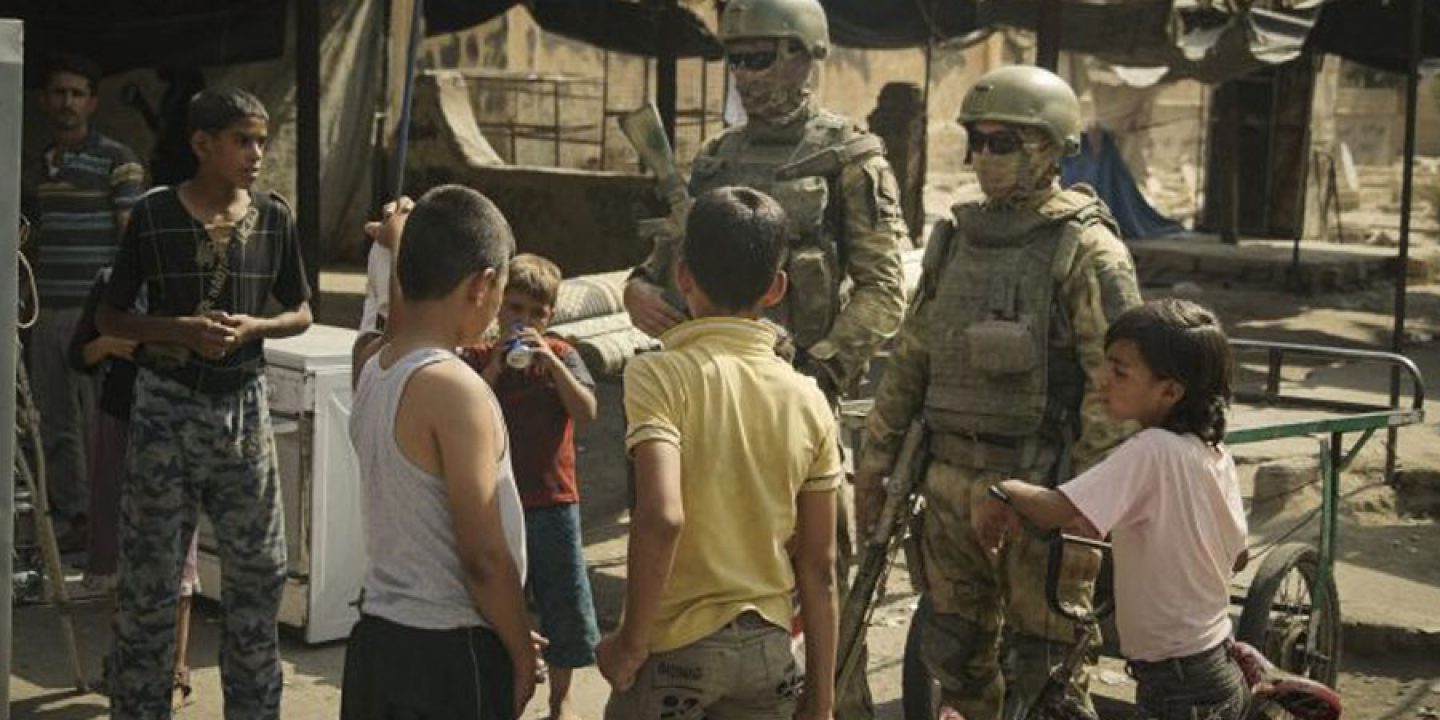 Political and military developments in Syria are progressing toward a final demarcation of the borders of the zones of local, regional and international influence, which all point toward an expansion of Russia’s allies in light of the retreat of other parties. Meanwhile, American policy focuses on the so-called “war against terrorism” and Arab backers of opposition forces sink into Gulf disputes while Turkey attempts to secure its national interests.

These changes in favor of the regime and its allies were reflected through the results of the recent Astana conference, which ended with an agreement between the guarantor states — Russia, Turkey and Iran — to establish four de-escalation zones in Syria, including one in opposition-held Idleb province.

The closing statement of the meeting, read by Kazakh Foreign Minister Khairat Abdul Rahmanov, said that establishing the de-escalation zones and safe zones was a temporary measure to be renewed after six months based on the agreement of the guarantors. He also indicated an agreement on establishing a joint Turkish-Iranian-Russian center to coordinate activities of de-escalation observer forces.

With the conclusion of the Astana conference, which decided to include Idleb and its environs into the de-escalation zones and to deploy international observers to monitor the implementation of the agreement, Idelb witnessed fast mobilization to avoid any negative options which could come to the city under the pretext of fighting terrorism, specifically Hay'at Tahrir al-Sham (HTS). The rebel group is experiencing a continuous contraction in size following a series of defections, which have basically returned it to its first structure, Jabhat Fatah al-Sham, or what was known as the Nusra Front.

In this context, civilian and military institutions working in Idleb held a conference to form a “civil administration” for the province, in addition to electing a parliament to name a head of government in the areas outside regime control throughout the country.

Organizers of the conference say that the conditions have become favorable to form a civilian body separate from the “political and military tensions.” Civilian and military figures participated in the conference, which was held at the Bab al-Hawa crossing, and included Riad al-Asaad, the founder of the Free Syrian Army, who stressed the need for there to be one body regulating work in light of the pressures Idleb was facing.

The conference came after HTS called on all military factions, religious figures and civilian parties to meet with the aim of “coming out with a project to preserve and represent the Syrian revolution” — something rejected by most entities and figures in the city. This was followed by the launch of three initiatives also calling to form a “united civil administration,” but none of them had results on the ground.

Local sources said that this step aims to form a united command that is representative and acting on behalf of Idleb province and the rest of the country, with the aim of doing away with the guardianship of foreign powers and before that the guardianship of some internal partisan forces.

HTS announced its rejection of the results of the Astana 6 talks, saying it aimed to freeze fighting and promoted normalization with the Assad regime, adding that it “does not achieve the aims of the revolution.”

HTS has recently seen a series of defections through which two of its biggest military formations have left, the Nour Eddin al-Zinki movement and the Jaish al-Ahrar, as well as a number of smaller formations. This was in protest of the recent links from inside HTS which showed advance planning by some extremists in the group to liquidate Ahrar al-Sham under false pretexts. This surprised some sharia judges in HTS, pushing a number of them such as the Saudi preacher Abdullah al-Muhseini to withdraw from it.

Reassurances are not enough

The military spokesman for Astana's opposition delegation tried to reassure HTS by saying, “they and the Turkish guarantor have no intention to fight them,” and that media reports of imminent military action against them “aimed to sow strife and to create new fighting among the groups,” calling on HTS to carry out comprehensive reforms in their leadership structure and to distance themselves from controversial figures. Despite this, various sources and reports indicate the likelihood of a military operation toward Idleb soon if there is not a solution soon to HTS's rejection of the de-escalation agreements which were approved in Astana. If HTS does not try to dissolve itself, considering that in its present state it is classified as a terrorist organization according to U.N. Security Council resolutions, it will remain subject to strikes by international forces, which subjects the whole province to serious dangers, and will impede implementation of the de-escalation agreement.

In this context, Turkey has continued to send military reinforcement to the border with Syria for the fourth day in a row, amid leaks about a possible operation against HTS.

Before the ink was dried on the documents in Astana, regime forces and Russian warplanes proceeded to breach the agreement by bombing towns in the northern Hama countryside included in the de-escalation agreement.

The northern Hama countryside had seen military operations by regime forces on the Janabara and Zalaqiyat regions over the last few months, but warplanes had not intervened in these battles.