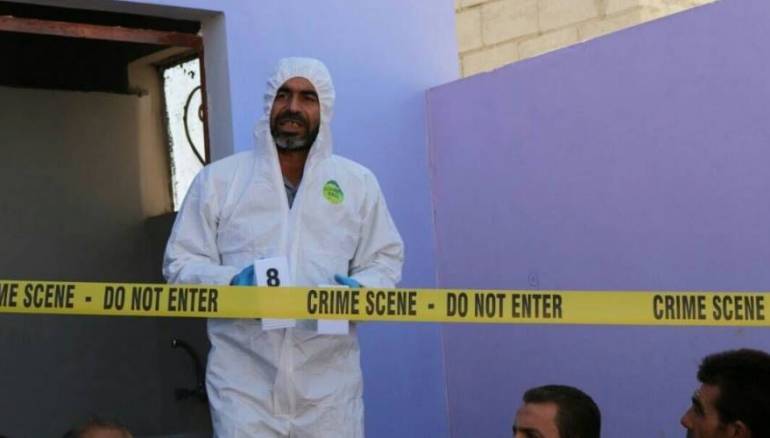 The only center for forensic investigation in opposition-held areas was founded a year ago in the northern province of Idleb to provide the authorities with basic examinations of criminal evidence and to assist officials in their investigations of crime and theft.

Farouk Shoman, a forensic expert who has more than 25 years' experience in the field, was the man who established the center in the liberated north.

Shoman studied in Berlin, where he graduated with a degree in forensic science in 1989. After his return to Syria in the early 1990s, he worked in Aleppo's Criminal Security Branch as an expert and as an expert witness in Syrian courts. He also served as the head of the Criminal Evidence Center until the date of his defection on Sept. 25, 2011.

The Islamic courts and public institutions in Idleb depend on forensic expertise, and their work is linked to that of forensic medics in cases of murder and unidentified persons, explained Shoman. He added that in recent years many advanced countries, as well as a number of Arab states, have incorporated forensic science into the Justice Ministry as an important part of their work.

Just two forensic experts operate in Idleb and Aleppo and are required to cover all the liberated areas, Shoman says. Because the center suffers from a lack of equipment, Shoman depends on some of his own tools, such as microscopes and magnifying lenses, to collect forensic evidence.

Shoman, who has trained a number of personnel to assist in the work, added that there is a plan to train 32 police officers to work as part of the forensic center.