Both the Assad regime and its foes in the region could be banking on Cairo to facilitate the right conditions for a profitable reconstruction, Enab Baladi writes 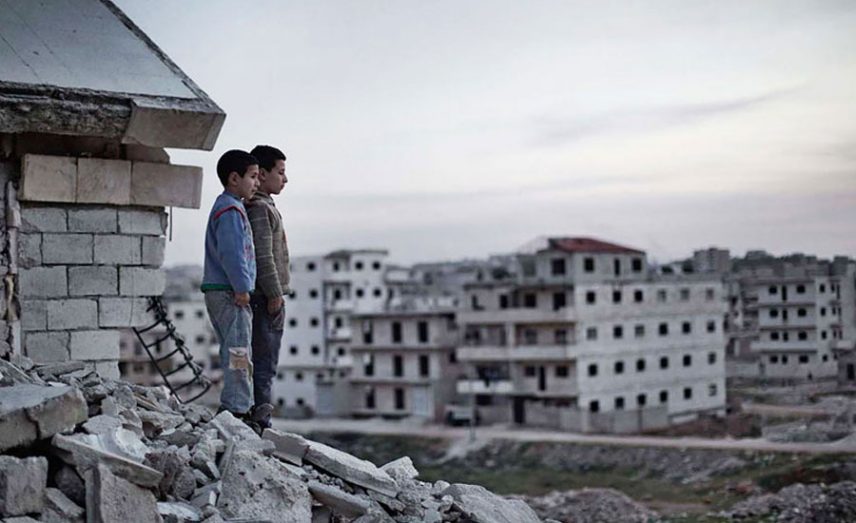 Egyptian companies, like those of other countries allied to and supporting the Assad regime, are jostling in Syria to obtain a share of the reconstruction, described by some as a “gold mine” for contractors and major businesses hoping to reap the financial returns of rebuilding the war-torn country.

Despite the fact that the reconstruction process is still vague, with much of it tied to a political settlement, we have seen Egyptian companies racing over the past few months to secure a stake.

Talk of the involvement of Egyptian firms began in the fourth quarter of last year during a visit of delegations from the Egyptian chamber of commerce to Syria. Prior to this, according to the pro-government Tishreen newspaper, Egyptian representatives sent a letter to the Syrian regime government last July in which it said “Syria enjoys an excellent, encouraging and enticing investment climate driven by the investment opportunities which this country possesses and the strategic position amid the world’s continents.” After this, more than 30 Egyptian companies participated in the 59th Damascus International Fair last August, which some considered a form of economic normalization with the Syrian regime.

The head of the Federation of Egyptian Chambers of Commerce, Ahmed al-Wakeel, who headed the delegation, said that Egyptian participation would send a strong message of cooperation between Syrian and Egyptian businessmen and that the Syrian government is ready to give various necessary facilities.

After an announcement by the Assad regime and Russia of victory over the Islamic State (ISIS) group, the Egyptian Ministry of Trade and Industry began to move toward communications with Egyptian companies in order to prepare for entry into the Syrian market. It held a meeting in November last year with a group of exporters in preparation for participation and bolstering the Egyptian role in rebuilding Syria. The ministry said in a statement that there was major demand for iron, steel, copper, aluminum and their products, and ceramics, insulating materials, and Egyptian medical products in the Syrian market.

Alongside that, there has been talk of a visit of a delegation of Egyptian companies to Syria next month. Ahmed Abou Shabana, head of the El-Nasr Company for Buildings and Construction (EGYCO), said that Egyptian contractors were ready to enter into the fields of building airports and seaports, and constructing new factories which had been announced in Syria.

The head of the Egyptian Business Association, Fatallah Fawzi, announced on Feb. 7 that a delegation of 20 companies would visit Syria at the end of the month to research reconstruction opportunities. He said the opportunities will not be limited to construction and building firms but will extend to various other sectors, including food products, electrical goods and building materials.

Egypt is Saudi’s path to Syria

The surprise development of Egypt’s participation in reconstruction was through a group of Saudi and Egyptian investors launching a joint initiative between the Federation of Egyptian Chambers of Commerce, the Saudi Chamber of Commerce and the Egyptian-Saudi Business Council to implement a number of joint investment projects in the reconstruction of Libya, Syria and Iraq over the coming period, according to the newspaper Al-Masry Al-Youm, quoting the Egyptian Chambers of Commerce chief Wakeel.

Wakeel said that there was an agreement with Saudi Arabia to open up serious prospects for economic relations between the two countries and to inject new investments into the Libyan, Iraqi and Syrian markets, and to organize major conferences and fairs in both Libya and Syria in April and May, with participation from Egyptian and Arab businessmen and companies. Some consider the developments to reflect a Saudi return to Syria under Egyptian cover. Saudi Arabia has tied its cooperation in Syria’s reconstruction to a political solution and the eviction of an Iranian presence.

Economic researcher Saqrat al-Alou said that Egyptian companies and private investors will not be able to enter Syria without Gulf support because of the high cost of the volume of damage, pointing to the possibility of Egyptian-Gulf cooperation as it is an investment opportunity for Gulf businessmen. This intervention, Alou says, will not be official, but also under the cover of Egyptian companies.

Regarding the Syrian regime’s reaction to the entry of Saudi companies, Alou said what matters most to the regime is that the process begins, as its launch will lead to economic improvement and will send a message to the international community that the war has ended and that Assad has won, especially as the European Union and America have tied their participation in reconstruction to a political solution.