The loss of a major breadwinner and framing of heroism are major motivators for children joining the fight, Saraj Press reports 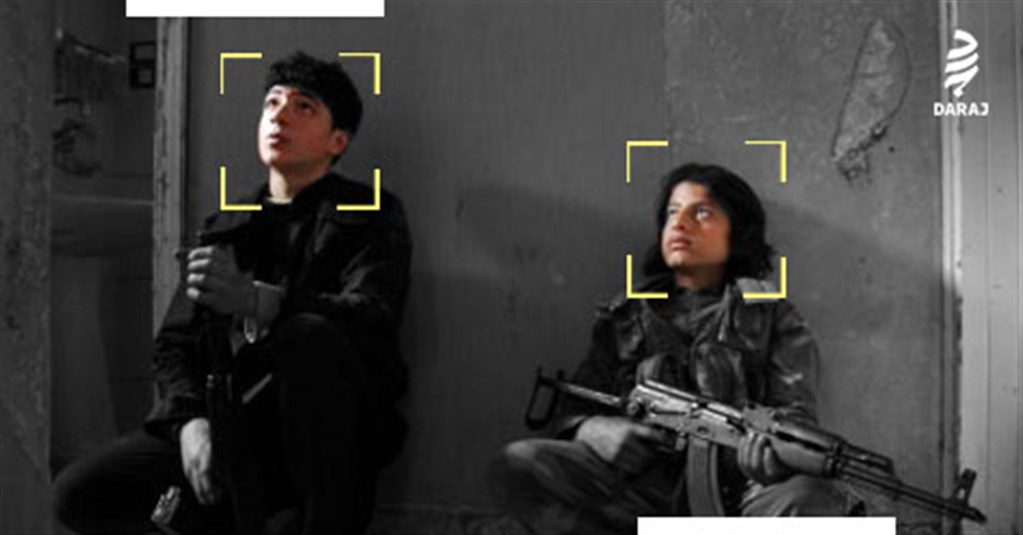 Three years ago, Mohamad Abou Abbas, who is 17 years old and from Idleb province, had no difficulty joining the radical Jund al-Aqsa militant group.

At the time, the faction was active in the province, carrying out operations alongside other groups against the Syrian regime army, before Hay’at Tahrir al-Sham put an end to its presence in the area last year. After that, Jund al-Aqsa's remaining members went to areas under Islamic State (ISIS) control to the east because of its fighting against other factions. But Abou Abbas went on to defect from the group and join HTS, the strongest military entity, and to continue his work as a fighter despite his young age.

“The beginning of my entry [to Jund al-Aqsa] was through a dual Sharia and military course in which I learned the fundamentals of the Islamic religion and military basics, and how battles were being fought against [Syrian President Bashar] al-Assad’s forces at the time,” Abou Abbas explained, adding: “I remained an ordinary fighter in my brigade for about a year until the commander was martyred, and then I was chosen among the brothers to become commander of this group because of my physical stature.”

In the interview with the “child” soldier, it was clear religious faith was the basic motivation for him joining the fighting, as he said, “Jihad is necessary for every Muslim.”

“We are fighting every day against bombs and warplanes, and it is natural that any young man with his brother mujahideen will defend his religion, his honor and his land. In Jund al-Aqsa, there was no salary or grants, and we were getting money from distributing the spoils we obtained from battles. Certainly the necessities of life in terms of food and water were secured where I lived in the base,” Abou Abbas said.

Conscription of another type

Conscription of children is not limited to sending them to the front lines, but extends to military production, security at night and working at checkpoints, among other things, which is a violation of international treaties on children’s rights.

Work in this respect had a purely material aim for Hassan al-Hamawi, 16, who had been working for over a year in a weapons factory in the western Aleppo countryside. Despite the young fighter not knowing the name of the faction for which he worked, the need to obtain some daily money to provide for his family following the loss of his brother in an airstrike pushed him to work in this field.

Hamawi says: “The factory makes local mortar shells. I go every day at 7 a.m. and return at 4 p.m. I have some hours of rest during work, and sometimes, if there is pressure, I don’t rest and I eat while working.”

Hamawi is considered one of the lucky ones. His work here gives him psychological comfort because he is not exposed to danger, compared with his peers who are fighting on the front lines. The factory has no explosive materials and its work is limited to producing the molds. He says: “I am still too young to go to battle, but when I get older I’ll definitely be a first-class fighter.”

In the same factory Hamawi works with his other brother, who is 10 and whose job is to help the “adults” by making tea and coffee for the workers and to sweep and clean the floor.

Discussion of child conscription cannot be limited to the areas of northern Syria. Every region since 2013 is witnessing a military conflict of various degrees. International and Syrian organizations and the United Nations have been closely monitoring, and although there is no precise number of child soldiers in Idleb province, the number has grown each year with “hundreds of cases documented,” according to the director of the Syrians for Truth and Justice organization, Bassam al-Ahmad.

In general, all parties and rival factions have been implicated in child conscription, but to varying degrees. Usually the age of conscription is between 15 to 18 years old, although there are cases of children under 15 being conscripted. Ahmad says that these cases are about 15 to 30 percent of the total number across Syria. The groups which recruit children make a number of “flimsy arguments” for the conscription, including that the age of 15 is appropriate for fighting, which Ahmad disputes.

There are a number of reasons that push children to join and motivate military recruitment. These include the poor living situation and the major propaganda campaigns that these groups carry out, especially those adopted by ISIS. A number of groups also offer enticements, including monthly salaries and assistance to members and their families. In addition, children are drawn to a large extent by the broadcasting of what these groups claim are heroic acts, believing they will become a hero just by joining the group, according to the director of the Justice for Life Observatory, Jalal Ahmed.