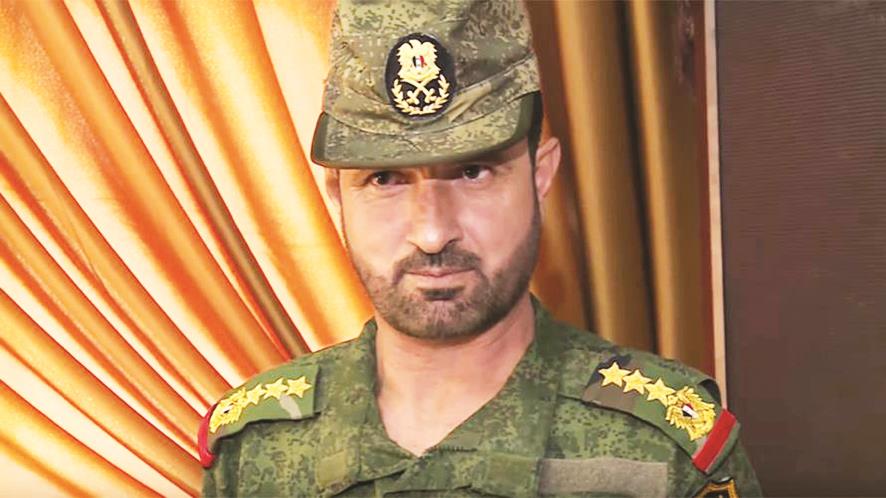 American circles have followed the exchange of public messages between the Syrian commander Gen. Suhail al-Hassan, nicknamed the "Tiger," and Russian President Vladimir Putin with interest, after the former sent a message congratulating the latter on winning a fourth presidential term.

Russian media has reported that, unlike the protocol for correspondence between heads of state, Putin broke customs by sending a response to Hassan accompanied by the words, “Wait for a pleasant surprise from me personally.”

Circles in the American capital have been interpreting the meaning of the “pleasant surprise” which Putin is preparing for the Syrian officer: Is it a promise to ensure Hassan reaches the Syrian presidency as a replacement for the current president, Bashar al-Assad?

Al-Rai quoted American sources about a year ago as saying that the Russians had informed Assad that Hassan’s security was his responsibility and that he would bear the responsibility for any misfortune that might befall the man who seems to have become one of the competitors for the Syrian presidency after Assad.

Frequent reports in the American capital have revealed that Hassan travels in Syria accompanied by Russian security forces for protection, and that during Putin’s visit to the Hmeimeem Russian base in Lattakia west of Syria in December last year, the Russian president displayed great interest in speaking with the Tiger while dealing with Assad coldly.

American circles have said that Hassan, who is from the same Alawite sect as Assad, is Russia’s man in Syria, regardless of the views of Assad and his ally Iran.

The Iranian Al-Allam channel broadcast news of Hassan and Putin exchanging the messages of congratulations, but then deleted the news later, in a step which seemed to come at the instructions of the political leadership.

Why is Putin interested in the Tiger and pushing him toward the Syrian presidency?

American circles say that Putin bet on Assad in the beginning, however his military performance and total dependence on Iran and allied militias to fight on the ground has disappointed the Russians, who have gone in search of a Syrian officer who does not work on Iran’s orders and is able to hold ground with Russian cover and without needing to resort to Iran’s militias.

According to the reports, the Tiger has an unofficial militia with about 8,000 men, which despite its small numbers has contributed to the resolution of major battles against the Syrian opposition after Assad’s forces and Iran’s allied militias failed to resolve the battles themselves.