The testimonies of Syrians who survived the regime's prisons are a template for how Syria's society can be rehabilitated, Geroun writes 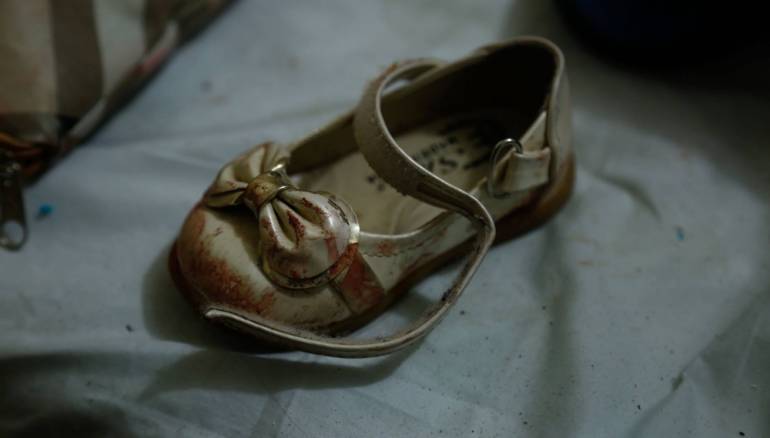 When I heard the testimony of the former prisoners Malek Daghestani and Mohamed Birou on (opposition) Syria TV, I was not able to hold back my tears.

Everything in their testimonies seemed painful and depressing, even though I’d personally heard many testimonies before from those I was able to defend in front of Syrian courts in previous years. But listening to them again on TV brought a stronger and more powerful effect.

I was very affected by the words of Malek Daghestani, who said: “Death would have been salvation from the situation we were in. An easy death turned into a dream in [Syrian Presdient Bashar] al-Assad’s prisons.”

Daghestani added that after he left the prison, he felt as if he had departed into a wider world — but a bigger prison than he had been in.

Before closing his account by emphasizing the achievement of justice, he summed up Syria’s tragedy by saying: “When we got out, I saw other people in other countries who had freedom even in their body movements — they walked naturally, while we walked like the trained soldiers they made for Syria. They made us abnormal … we were deformed, not even knowing how to live like normal humans.”

Although Fadwa al-Mahmoud appeared consistent in her testimony, she was not able to hold back tears which rained down in spite of herself. She was not spared by Hafez al-Assad, nor from his son, nor even from her brother who himself oversaw her arrest and beat her.

After the Syrian revolution erupted, the Syrian intelligence service arrested her brother Maher and her husband, the political opposition member Dr. Abdel Aziz al-Khair, when they were returning from China. Despite all of that, she also calls for justice. Bassil Haylam’s testimony did not differ, also expressing the brutality of arrest and his hope for justice.

The testimonies which I saw on Syria TV were purely emotional expressions filled with humanity. They were a cry of hope that our children can live in a country free of fear from being terrorized or arrested.

They also carried a strong desire for justice and rejection of vengeance in a society drained by executions, and a hope that this tragedy they endured in the cells and prisons will not be repeated in the future. The survivors stressed this in their testimonies.

Mohamad Birou, in his testimony, said that the vast majority of those who left the prisons did not have any inclination toward revenge. He added: “We have a responsibility in this life, and that is that we be an important factor in making sure what happened to us does not happen again — not for our generation and not for future generations.”

Daghestani, like many Syrians, believes that there is no solution for Syria and no possibility of rebuilding, of settling social reconciliation in Syria, unless there is a change in the ruling regime which was — and is — the reason for everything that has happened and continues to happen.

The dream which most of the survivors of the prisons expressed reflects in reality the dream of all Syrians of living in a country without fear or terror, and that their children can live without monitoring all their movements and dwellings like a security agency.

I can say that most of those who came out of Assad’s prisons and cells who I was able to meet with, or whose testimonies I was able to listen to or read, came out with a heart free of hatred or vengeance, even for the executioners who had inflicted the worst forms of torture on them.

In order that the testimonies of survivors of the prisons are not kept secret, trapped in chests or buried in books and novels, we must make major efforts — in the media, the law and politically — to bring these testimonies out of their hiding places.

We must give space for them to speak in sound and images, because they have a tremendous amount of healing and appreciation for the survivors of Assad’s prisons, and they can help create public opinion that will prevent these crimes which have been inflicted on the Syrian people for many years from being repeated. This is what Mohamed Birou stressed in his testimony.

It is also possible that these testimonies could, along with the suits filed in Europe against those who carried out torture in Syrian prisons, serve as a major burden for the agents of the regime, from second-class officers to soldiers, deterring them and restricting their movements and sending them a message that no one will escape punishment, no matter how long it takes.

It is important the work is done on these testimonies and that they are documented in sound and images in a professional manner, which will also help us not to forget the tragedies of tens of thousands of prisoners who are still in Assad’s prisons and remain alive — those who face with their bare chests the brutality of the executioners, and hope for death in every moment.

Perhaps we can do something to save them from this hell, or at least to reduce the pain that even the mountains could not bear — and those who sacrificed their freedom in order for us to live.