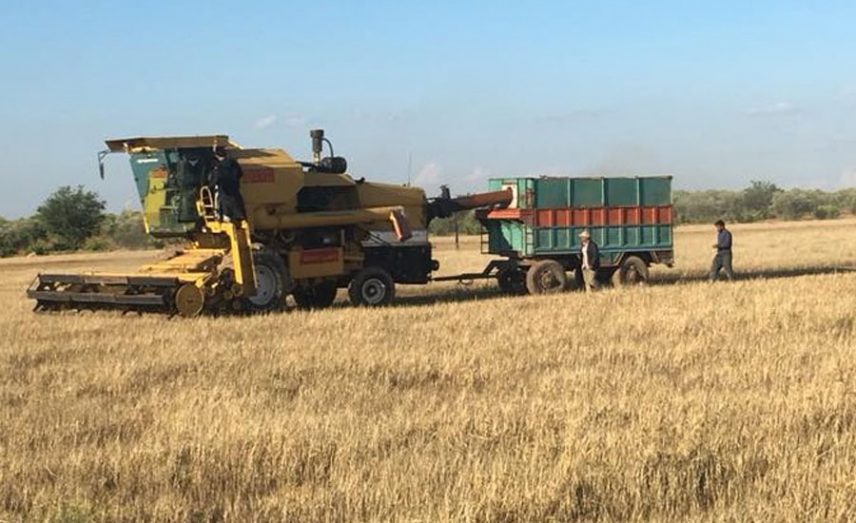 Around 50 villages and local districts, which extend from the Arima district to the town of Jarablus, form a 60-kilometer-long contiguous line of demarcation between the Syrian Democratic Forces (SDF) and the factions affiliated to the Euphrates Shield area.

This situation has had a negative impact on some 600 hectares of the most fertile agricultural lands in the region where farming and livestock are the main sources of income for the population.

The battles fought by the SDF and the Euphrates Shield groups have cut many of these villages in two, despite the fact that many of these lands represent a single stretch of hills, valleys and plains. As a consequence, hundreds of hectares planted with olives, grapes, almonds and pistachios, in addition to barley and lentils are left dying.

The farmers face a real dilemma at the beginning of each sowing and harvesting season, as well as throughout the year when the lands require protection and regular care. Farmers are forbidden to approach their lands and access is governed by an oral authorization, not backed by any written document or agreement between the parties.

The farmers are unconvinced by the reasons as to why they can’t work their lands given by the various armed groups, who are completely indifferent to the need of the famers to have a livelihood.

Hazaa al-Sheikh, a farmer in the village of Al-Yani, which is controlled by the SDF, told Ayn Al-Madina that he had to rent out 10 hectares of his land for less than 25,000 Syrian pounds per hectare annually to his relative living in the neighboring village of Sheikh Nasser, which is under the control of the Euphrates Shield forces, because since the SDF took control of his village in August 2016 he has been prevented by the SDF from entering his land. At the time, the pretext was that the village was on the frontline with the Islamic State and that it was planted with mines. Now the SDF says that they are afraid that the village may represent an area of infiltration by Euphrates Shield forces.