Columnist Absi Simsim explains in this commentary piece for al-Araby al-Jadeed what's behind Russia's recent comments on the possibility of early elections in Syria. 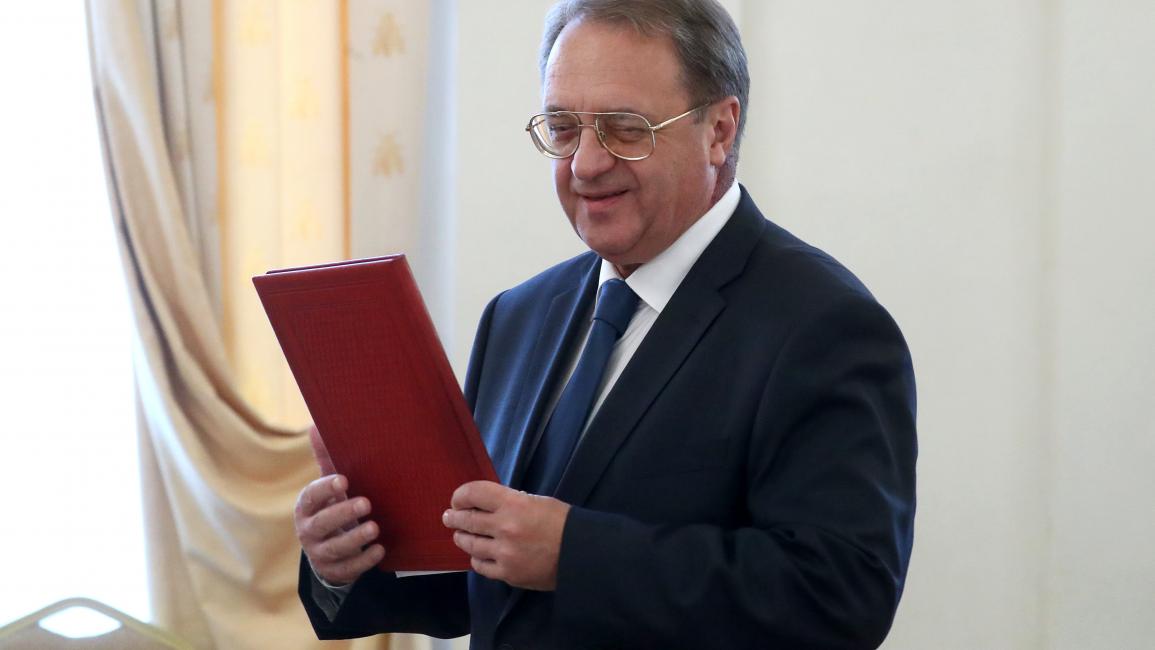 Some may interpret Russian Deputy Foreign Minister Mikhail Bogdanov’s statement that early elections could be held in Syria, if the opposition and the regime cooperate, as a major shift in Russia’s position on the Syrian conflict. Over the ten years since the Syrian conflict began, Moscow has provided all manner of support to Bashar al-Assad, to help him continue waging war against his opponents.

In reality, Russia’s position hasn’t changed. Assad remains Russia’s first choice and no other leader would be accepted unless Russia reached a landmark agreement with the West, which is not even being discussed yet. The Russians chose this time for Bogdanov’s statement as Assad declares he is “fully satisfied” with his victory using Russia’s assistance. Russia sent the Syrian regime’s leader the following message: you staying in power for seven years, as you believe you are, is directly linked to our support. When we reach a decision, you will obey without complaint or thinking you have the luxury of choice.

The threat of Iran

The Russians want to control Assad’s actions before he rejoices in his victory with Iran. The power struggle between the Russians and the Iranians continues to exist on Syrian territory. This struggle involves both sides’ quest for control over vital economic assets, including ports, oil fields and even border checkpoints. Moscow continues to block Tehran’s projects aiming to control Syrian maritime areas, for example, and to secure a greater presence in Syrian coastal areas, as previously agreed by Assad at some point in the war.

Assad’s Russian “comeuppance” is proactive by Moscow, and is rather minimal. The Russians’ stance might become more severe if Assad does not comply. Last summer, he was interested in handing over the port of Latakia to Iran with a major investment deal, which Russia vetoed at the last minute limiting the Iranian presence at the port. Russia then “rubbed” Assad’s ear strongly [gave comeuppance to], when Moscow’s UN envoy met with a group of Alawites opposed to the regime abroad. This coincided with the beginning of the Caesar Act sanctions’ implementation, which continues to threaten the regime’s existence. At this point, the Russians made it clear to Assad that: If you think we prefer Alawites in power, we know other Alawites, and we have met with them as well.

Thus, it is not believable that there has been a significant shift in Moscow’s position on the Syrian crisis. The Russians are a central pillar of the conflict’s disastrous escalation. Bogdanov’s statement comes in the context of internal calculations between Assad and his supporters; The Russian position does not give any importance to the Syrian people in the paths towards a resolution.