Turkey is attending a NATO meeting in the UK this week and the issue of northern Syria is expected to be high on the agenda writes Anadolu Agency. 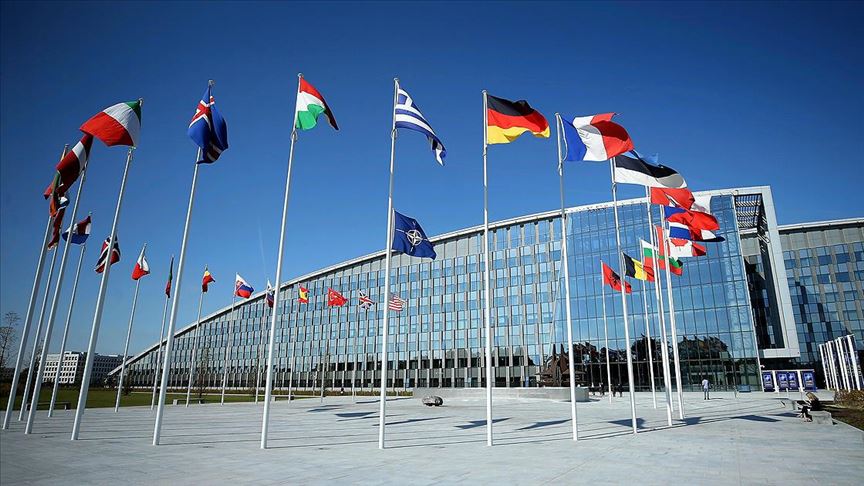 In his interview with The Economist in early November 2019, President of France Emmanuel Macron diagnosed NATO as “brain-dead”. Interestingly, among his core arguments, the French president referred to Turkey’s military campaign in northeast Syria to showcase the Alliance’s lack of cohesion.

Is it really so? Or can we offer a practical guide for NATO nations to better manage their Turkey portfolio? Let us give it a try.

To keep NATO united in the southern flank, the West should recover from the Obama administration’s Syria legacy. Let me put it this way: There is one thing in common with the great expectations from the Syrian chemical deal and the Obama presidency. They are not in place anymore, having gone with the ostensible red lines and inspiring speeches backed by no tangible actions… Tellingly, during President Trump’s tenure, the U.S., the U.K., and France had to launch joint punitive strikes to halt the repeated chemical weapons use by the Baath regime.

Just like naively believing that the Syrian Arab Army can be chemically disarmed in an ongoing war situation, the Obama era’s yet another failure was its military policy of arming groups (such as, the YPG) with organic ties to an organization designated as terrorist by the U.S. — namely, the PKK — to fight another terrorist network, Daesh. Ironically, back in 2016, the transitivity between the YPG and the PKK, notwithstanding the latter’s decades-long terror campaign in a NATO-member country, was acknowledged by the then Secretary of Defense Ashton Carter when he was responding to Senator Lindsey Graham’s questions during a congressional hearing.

From a geostrategic standpoint, estranging the only NATO nation bordering the Middle East, and doing this for the sake of an armed group with terrorism connections may not be the best of ideas for the next 70 years. Simply put, living with a fait accompli autonomy controlled by the PKK and its offshoots at its southern borders remains a nightmare scenario for Ankara, and no Turkish administration would stomach such an outcome.

To deal with the Syrian Arab Army’s chemical warfare strategy, the allied leaders in Washington, London, and Paris managed to think and act differently, and more wisely, than the legacy of the Obama era. Maybe they should try the same in northeast Syria…

Glancing at maps smartly: Middle East is a dangerous place

Western intellectuals should grasp the cold geopolitical fact that Turkey is not a fortunate country, neighboring, say, Lichtenstein or Monaco. It is a NATO nation bordering Iran, Iraq, and Syria. Ankara has to live with tough challenges that no other NATO nation faces. In 2005, the Syrian Arab Army test-launched a North-Korea- manufactured Scud-D ballistic missile. The launch was conducted in the air-burst mode, suitable for delivering weapons of mass destruction-tipped warheads. Missile parts fell into Turkish territory. In 2007, the Israeli Air Force struck Syria’s secret nuclear reactor in Deir ez-Zor. This time, drop-tanks of the operating aircraft fell into a Turkish border city. Well, you would not see these things happening in Portugal or Belgium, would you?

Let us take it one step further. For a moment, imagine that the Baath regimes of Saddam Hussein and Hafez al-Assad were your neighbors for decades with their ravening weapons of mass destruction programs and ballistic missile proliferation, as well as their regional concepts of sponsoring terrorism. Imagine that the Iran – Iraq War, Iran’s missile tests, the Syrian Arab Army’s chemical warfare campaign, the fall of Mosul into the hands of Daesh, and many other horrible things happened at your doorstep. Frightening, isn’t it?

No other member nation of the Alliance was openly threatened by the Iranian Revolutionary Guards generals due to the X-band radar deployment as part of NATO’s missile defense efforts. No European intelligence service has to monitor a neighboring state running a dangerous strategic weapons cooperation with Pyongyang. Finally, no other NATO nation has had to deploy brigade-level conventional formations against the black banners of Daesh.

These “incidents” could mark a good collection of horror stories for many European colleagues to tell when sipping their drinks at a roadside café. Yet, they remain the very reality of a Turkish military outpost watching over the frontier, or a Turkish administration deciding strategic matters in the capital. Thus, better put the drinks aside for a moment, and take a look at some maps showing the Middle East. The maps have a good habit of speaking for themselves.

Do not confuse bilateral problems with NATO agenda

NATO allies should frame bilateral issues and regional strategic affairs as they are, and avoid extending foreign policy disputes to the Alliance’s larger agenda. More importantly, in doing so, allied leaders have to act in a sober-minded fashion. President Macron of France, for example, referred to Turkey’s recent campaign in Syria, which targeted the PKK / YPG, as part of his sensational “brain-dead” remarks. We saw a similar manner in U.S. Senator Lindsey Graham’s Oct. 7, 2019 tweet stating that he was working with Senator Chris Van Hollen to introduce bipartisan sanctions, calling for Turkey’s suspension from NATO unless Ankara ceased the military action.

Well, France, as a sovereign nation, may or may not find Turkey’s cross-border efforts helpful to Paris’ Syria policies. After all, President Macron can manifest his stance and act upon it. Without a doubt, the French president, in his capacity, can use each and every foreign policy tool at his disposal. Likewise, the U.S. senators can well exercise their legislative rights and duties on foreign affairs topics of their choice.

Yet, although they are respectable and crucial pillars of the West, neither Palais de l’Élysée nor the U.S. Congress are NATO bodies. They are national institutions pursuing their taxpayers’ interests. The same goes for the Turkish Parliament, which authorized the cross-border action into Syria, and the Turkish Presidency which initiated Operation Peace Spring. Just like their Western counterparts, Turkey’s national bodies have to first and foremost consider the Turkish taxpayers’ interests and security. This is the textbook raison d’être of a nation-state such as Turkey, France, and the U.S.

Worryingly, if the member states were to project their national agendas onto broader NATO affairs, then an alliance of nation-states could easily find itself helplessly struggling with an avalanche of paralyzing troubles, ranging from the U.S.–German intelligence crisis back in 2014 to even the Anglo-Spanish disputes — the naval bonanza between London and Madrid — over the status of Gibraltar.

Ahead of the leaders meeting in London, the Alliance has its plate full. In recent years, the RAND Corporation has published a good collection of reports suggesting that the Russian Western Military District enjoys a conventional superiority over NATO’s eastern flank. Back in 2014, the Armed Forces of the Russian Federation reactivated the 1st Guards Tank Army, a giant maneuver formation in the west. Moreover, the post-INF strategic landscape is likely to exacerbate a reloaded arms race in Europe. China, on the other hand, could overstretch the U.S. forward-deployments in the Asia-Pacific in the coming decades, should it keep its uptrend. The Aramco attack manifested a new military reality in the southern flank. Combatting terrorism and addressing humanitarian issues are other key topics in the south. Besides, there are critical themes, such as Artificial Intelligence and robotics-related defense technology developments, cyber-enabled information operations, 6th-generation aircraft programs, and the rise of digitalized battle spaces. Of course, burden sharing, along with the call for spending 2% of the GDP on defense and 20% of the annual defense budget on major equipment, are also in the to-do list.

NATO remains a “one for all, all for one”-fashion military club of nation-states, based on the indivisibility of security principle. Given the historical facts, the Alliance has proved to be one of the most successful of its kind with robust adaptive capabilities. For allied leaders, the best way to keep NATO effective in the next 70 years is to grasp the uniqueness of each member’s geopolitical imperatives, while bearing in mind that no ally’s national security concerns are less crucial than those of the others. When it comes to managing the Turkey-related portfolio, one would need a good map of the Middle East along with a clear mind to distinguish between bilateral issues and the broader NATO agenda.

Marking its 70th anniversary, NATO is still relevant and needed for ensuring the Euro-Atlantic security. The Alliance protected the free world throughout the Cold War. It has many great things to achieve in the next 70 years as well. Amidst a whole host of daunting tasks, allied leaders should have more important things to worry about than Turkey’s military action in northern Syria, or the fate of the non-state armed groups affiliated with the terrorist PKK.

Dr. Can Kasapoğlu is the director of the Security and Defense Research Program at the Istanbul-based think-tank EDAM.