The city of Quneitra was liberated from Israeli control on Jun. 26, 1974, and today this victory is an example of how Syria will reclaim the Syrian Golan writes SANA. 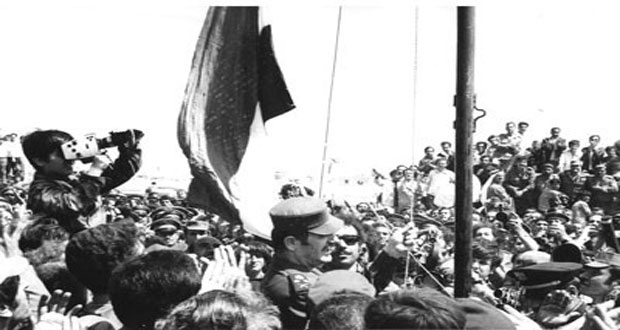 On June 26th, all Syrians, and Syrians from the occupied Syrian Golan in particular, proudly recall the moments of victory against the Zionist enemy and the restoration of Quneitra city to the homeland in 1974. Syrians are now more confident in their ability to control the colonial and terrorist conspiracies that target the resistance in the country.

Jun. 26, 1974, is the day on which President Hafez al-Assad hoisted the national flag in Quneitra after it had been liberated by the Syrian Arab Army from the clutches of the Israeli enemy, thanks to the heroism and sacrifices of the army and the resilience of the Syrian people during October Liberation War. This victory proved  Syria’s right to restore all of the occupied Syrian Golan.

Today, the anniversary of the liberation of Quneitra coincides with the victories achieved by the Syrian Arab Army against terrorist groups that are backed by the US and some Western states and Israel all over the Syrian territories.

Marking the eternal anniversary, Syrians affirm their determination to continue their struggle until the occupied Syrian Golan and every inch of Syrian land is liberated, whether from terrorism or from the occupational forces that support them.

History has never witnessed a more savage or barbaric force than the Zionist enemy, which destroyed Quneitra City and today continues its hostile practices against the people of the occupied Syrian Golan, yet people in the occupied Golan stand in the face of these practices undeterred by all the measures taken by the occupation forces.

People of the Golan adhere to their belonging to the Syrian homeland and they reject all the arbitrary measures taken by the Israeli occupation against them, expressing determination to liberate the Golan and return to the homeland no matter how long the occupation lasts.

The anniversary of the liberation of Quneitra from the Zionist occupation heralds the near final triumph over terrorism and the liberation of all the Syrian territories by the brave personnel of the Syrian Arab Army, who liberated Quneitra in the past, and today are very close to achieving the final victory over Takfiri terrorists who want to spread their dark and narrow-minded ideas across Syria, the cradle of civilisations.