The PYD lives in a state of confusion, a lack of balance and self-reconciliation and a loss of direction. It pretends it is with the Syrian opposition but coordinates with the regime, it pretends to fight liberalism and capitalism but runs to coordinate and ally with them. 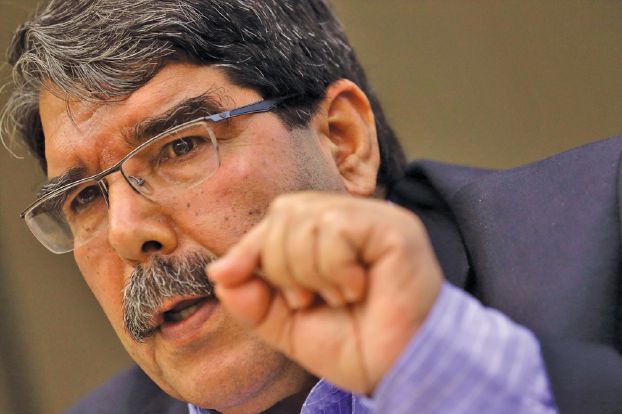 The Kurdish Democratic Union Party has conducted a census of the population inside Syria’s Kurdish areas at an exceptional time. However the survey does not take into consideration the recent displacement and demographic changes in the region. The PYD insisted on carrying out its project despite criticism from its supporters based on the premise that the results will not be aligned with Kurdish interests, and will likely show that their numbers are less than those previously given by Kurdish figures following the mass-migration of thousands of Kurds to Turkey, Iraqi Kurdistan and Europe. Some also see that this census will confirm what imprisoned Kurdish leader Abdullah Ocalan had said about Syria’s Kurdish population in 1996, which will please the Syrian regime and the opposition at the same time.

In parallel with the controversial projects the PYD are suggesting in the Kurdish-administered parts of Syria, the party’s arm in Europe held a conference a few days ago in the Belgian capital Brussels in the presence of around 500 party representatives. This conference and the accompanying display of the organization’s powers was not enough to make observers wonder: if the PYD has taken over the Kurdish areas in Syria and implemented a federal system there, then what are those people doing in Europe?

In other words, why did none of the decisions of this conference include an immediate return to support and fulfill the political, administrative and ideological project of Ocalan’s party on Kurdish land in Syria? Through simple calculations we can say that each member in this conference represents up to 20 people within the Union Party, which includes around 10,000 members, in addition to tens of thousands more supporters. Thus, the number of delegates at the conference is representative of the migration phenomenon that is threatening the identity and existence of the Kurdish-Syrian areas.

1- The rejection and condemnation of all oppression and occupation against the Kurdish people in Rojava (northern Kurdish areas of Syria), especially the Turkish occupation of Jarablus city.

2- Condemnation of the imprisonment of Abdullah Ocalan, the leader of the Kurds, while organizing efforts to free him.

3- Assist and organize the Syrians in Europe.

4- Work on building a cultural bridge between Rojava and Europe, to move the Kurdish culture to Europe and spread it throughout the Kurdish communities there.

5- Work on forming a media group that works for the party in Europe.

7- All members must receive political training (in Europe).

8- Participate in all demonstrations and activities against the Turkish and Islamic State attacks on the Kurds (in Europe).

9- Working on recruiting new members (in Europe) and forming an administration of 25 members.

The conference statement subtly mentioned the immigration issue by saying the "struggle and fight for the return of all immigrants while coordinating with the UN," without clarifying the role between the party and UN regarding the issue.

In short, the PYD lives in a state of confusion, a lack of balance and self-reconciliation and a loss of direction. It pretends it is with the Syrian opposition but coordinates with the regime, it pretends to fight liberalism and capitalism but rushes to coordinate and ally with them. It pretends to be independent from the PKK but it glorifies and idolizes Abdullah Ocalan and his ideas more than his followers do. It demands democracy, brotherhood, freedom and justice, but is the most oppressive party in dealing with those Kurds which oppose its policies and orientations, while its prisons are full of political activists and opponents. It is the party that always talks about home and patriotism, but most of its leaders live in Europe (its recent and former chairmen for example). In short, its practices suggest that it is walking in the opposite direction to what its slogans, objectives and declarations say.