Ali Akbar Velayati is not right to say that, if not for Iran, Syria would have fallen writes Al-Watan 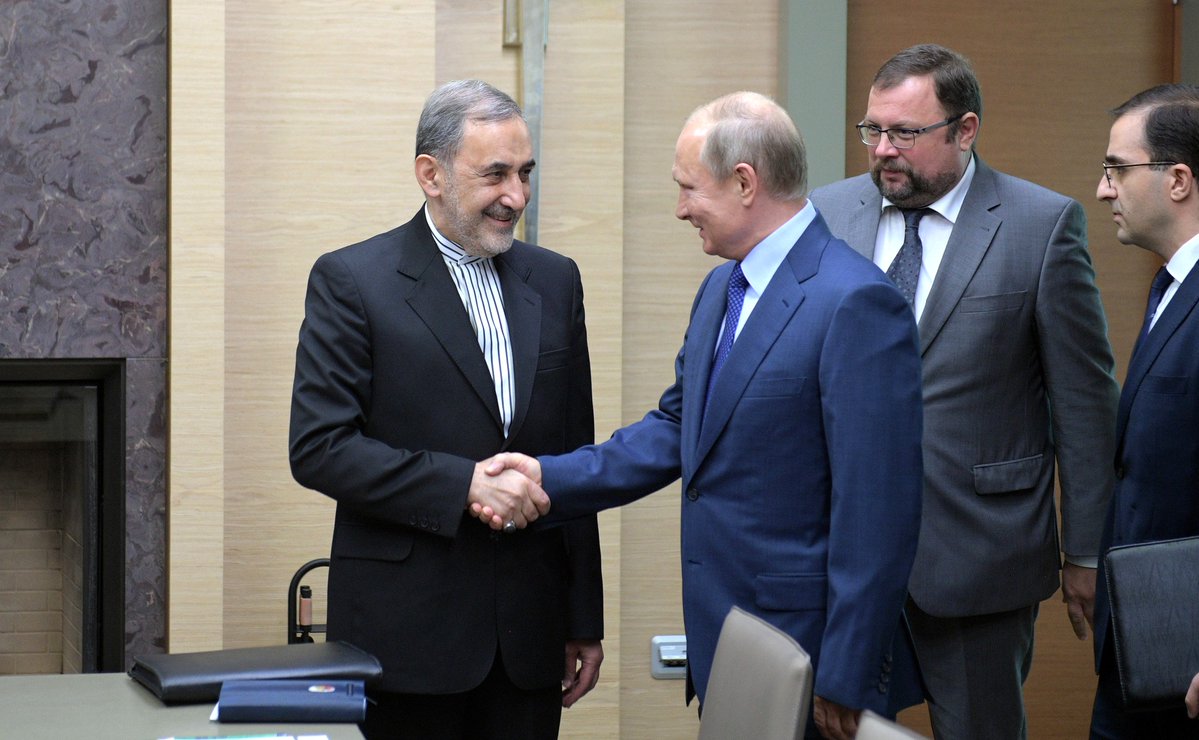 The day before yesterday, in a lecture he delivered during the Valdai Discussion Club in Moscow, Ali Akbar Velayati, adviser for international affairs to the Supreme Leader in Iran, Ali Khamenei, said: “Bashar al-Assad’s government would have collapsed in weeks if not for Iran’s assistance. If Iran hadn’t been there, Syria and Iraq would be under Abou Bakr al-Baghdadi’s control.”

It was an exaggeration we are used to hearing from some Iranian media and political analysts, or from those who revolve in whole or in part in the Iranian orbit. The Kayhan, an Arabic newspaper, quoted Velayati’s speech and gave it wide space, saying: “We are staying in Syria and Iraq and we will force the Americans to leave the region.” It is as if the newspaper wanted to say, through this quote, that we are today in control of Iraq and Syria and on this basis we will be victorious in the war against the Americans.

We are used to hearing these sorts of exaggerations from figures representing the official Iranian current, from the president of the republic to the ministers and lower, such as the comments made by President Hassan Rouhani in April 2016 during a forum on “environment, religion and culture” in the capital Tehran, where he said: “If not for the Islamic Republic, Damascus would have fallen and Baghdad would be in the hands of the Islamic State.”

However, it is rare that we hear statements of this sort from people who represent Supreme Leader Ali Khamenei directly. Indeed, they are comments from a political figure that is, it may not be an exaggeration to say, number one in Iranian political activity at the current moment due to the experience Velayati has accumulated during his long journey through the positions he has occupied. Comments of this sort contain many contradictions and exaggerations which we need to examine — not in terms of the debates which are far from our aim, but in terms of putting dots on the letters in a way that does not underestimate anyone. So how?

Certainly, we have never been one of those to deny a favor and we acknowledge that friends and allies have had complementary roles in supporting our resilience in all areas.

We will never forget a single drop of blood that was spilled in defense of Syria, because this blood is greater than nationalities and has united humanity. However, we were raised in a school founded by the late Hafez al-Assad based on an axiomatic value:

When you defend your principles or defend someone based on your principles, you are doing your duty. Can anyone provide us a statement in which the late Hafez al-Assad said that Syria’s position on the absurd Iran-Iraq war prevented Iran from falling because Syria did not turn easily into a center of support for the regime of the late Saddam Hussein?

Is it Velayati’s right to see his country as the focus of all the victories that have been achieved? And is it my right, as a mere opinion writer, to see in my country as a transboundary point of connection for all free and patient people? I urge you, before anyone concludes that Syria would have fallen without him, only ask Syrians across all the nation’s territory to drape in black the pictures of our martyrs which are spread before our houses so that we cannot see them. Only then will we believe that in this world there was someone without whom alone we would have fallen.

Put another way: Sorry, Ali Akbar Velayati. Syria would not have fallen — not until God inherits the earth and those upon it.