Joel Rayburn has said that the Assad regime is collapsing and that sanctions are helping to isolate Damascus reports Alsouria Net. 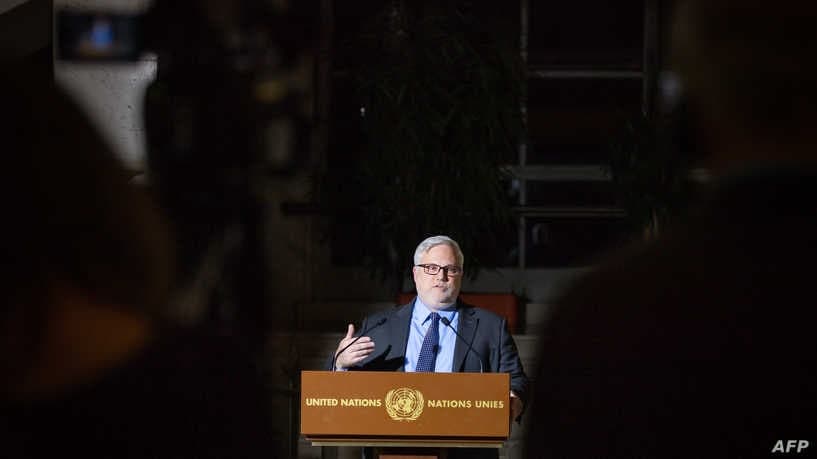 The US Special Envoy for Syria, Joel Rayburn, said that no one should be surprised if the Assad regime begins to collapse quickly.

Rayburn’s statement came in an interview with US-based Alhurra on Tuesday, in which he said that, “the future of the Assad family must be decided by the Syrian people, but I do not expect that the citizens will choose to keep this family in power.”

Regarding the possibility of reaching a political solution in Syria, Rayburn added, “It is difficult to predict these matters, but I think that the regime is weakening at a rapid rate, and it cannot keep on existing, and people should not be surprised if a collapse begins quickly.”

Rayburn considered that, “the Syrian regime began to regard the son of Bashar al-Assad, Hafez, as the heir apparent, and Assad’s wife, Asma, also turned from a fashion icon into something resembling a mafia leader when she and her family began to seize the assets of the people in Syria.”

On the effects of US sanctions under the Caesar Act, Rayburn said that the sanctions “have great power to isolate Damascus from regional countries.”

The envoy’s statements coincided with the spread of news that Rayburn had resigned from his post, nearly two months after he took up the position succeeding former Special Envoy James Jeffrey.

However, Rayburn denied having resigned, and considered his mission over when the new US administration takes office, saying, “I will be here until the transition is completed and I receive a political appointment. No one should be surprised when my mission ends with the new administration.”

This comes a week before Biden officially takes office as President of the United States of America.