The incoming Joe Biden administration has met with Trump officials to discuss the situation in Syria and the American position in the country reports Asharq Al-Awsat. 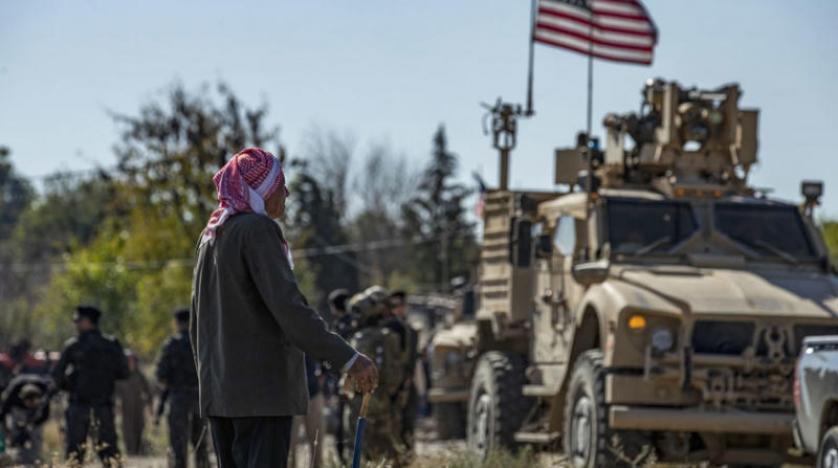 A former senior official in Donald Trump’s administration has participated in a briefing call with President-elect Joe Biden’s team about the state-of-play in the battle against ISIS and America’s presence in Syria and Iraq.

Trump’s former special envoy for Syria and the Global Coalition to Defeat ISIS James Jeffrey offered his assessment of the political and security situation in Syria, some of the competing national interests gripping the country, as well as a broad overview of the role of US troops in the country, estimated to be at least 600 US soldiers.

The call is one of several in-person and virtual national security briefings to get Biden’s team up to speed on some of the ongoing conflicts where US troops have been deployed.

Biden and his Secretary of State Antony Blinken are expected to correct some of what Barack Obama’s administration failed to achieve in Syria.

During a campaign speech in the US state of Iowa in October, Biden described Trump’s decision to withdraw US troops from Syria as a “complete failure,” noting that it would leave the Syrians open to attacks and stressing the importance of supporting Syrian Kurds.

Earlier this year, Blinken, who served as Obama’s deputy national security adviser, admitted that the Obama administration “failed” in Syria, slamming the Trump administration for “pulling out” of the country entirely.

Obama had said that the use of chemical weapons by Syrian President Bashar al-Assad would be a “red line,” but when Assad used sarin gas, he never retaliated.

Blinken stressed that the situation in Syria has become worse, adding that Trump’s administration lost any remaining leverage in Syria to try to effectuate some more positive outcome.

When asked about the possibility of normalizations with the Assad regime Blinken said “it is virtually impossible for me to imagine that.”

Biden’s close ally Senator Chris Coons has said he supports the continued presence of US troops on ground in Syria and Afghanistan to retain the capacity and prevent terrorist organizations, such as ISIS and al-Qaeda, from reemerging and launching attacks.

Biden has made similar statements saying these forever wars shall end. He expressed support for the US troop withdrawal, but voiced concern over ISIS.