A shipment of Captagon pills thought to be worth millions, has been seized by Egyptian authorities, with the Hezbollah being suspected as being the culprits reports Shaam News. 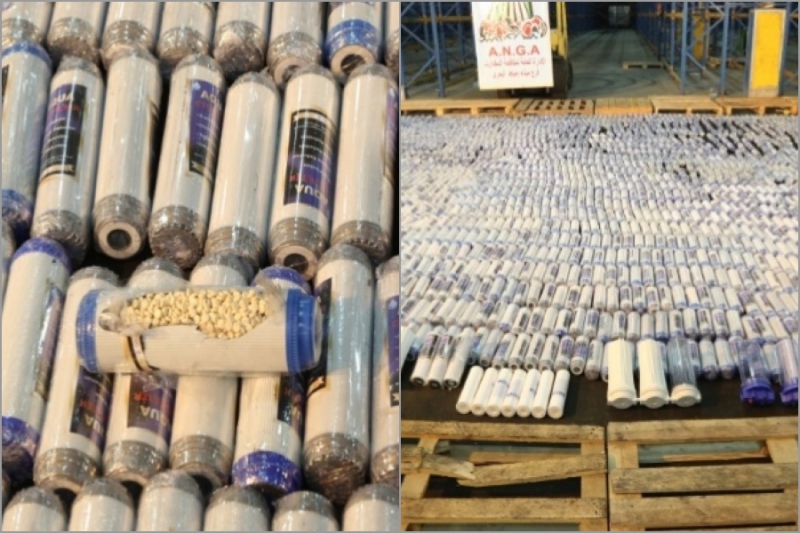 Egyptian media sources revealed that a large quantity of Captagon was seized in a container at the Damietta sea port coming from Syria. This is the third time this has happened in just 10 days.

The sources pointed out that the Egyptian authorities in the port managed, on Sunday, to seize a container coming from Syria and bound for the United Arab Emirates, whose official documents said contained water filters. The container had 20 parcels weighing 10 tons. Pictures of the Captagon were published.

The seized shipment, estimated at 11 million pills, is the third to reach Egyptian ports coming from government controlled Syria, as a shipment containing six tons of drugs was seized at the same port on Nov. 23, 2020.

According to the Egyptian Ministry of Interior statement issued at the time, the shipment was destined for Sudan after Egypt, and the officially authorized contents of the detained container was wooden panels. The financial value of the shipment was estimated at 480 million Egyptian pounds.

Egyptian media revealed that large quantities of hashish was seized in the port of the city of Alexandria coming from Syria, in an event that has become regular, with the regime militias and Iran sponsoring the trade of drugs, valued at tens of millions of dollars.

The General Administration of Customs at Port Said had previously revealed that a large quantity of hashish was seized in the port, found in a commercial shipment coming from the port of Lattakia, which is under the control of the Assad regime, an event that has become repetitive after Hezbollah started using crossings and land and sea ports for drug dealing.

The finger of blame is pointing squarely at the Hezbollah militia, which has drowned Syria, Lebanon, and neighboring countries with narcotics, on whose trade it relies on to finance mercenaries and obtain weapons for committing crimes against the Syrian people.