Khaled al-Mahamid is creating a new political body that he says will work towards a political solution, and will not be affiliated with any foreign agendas reports Shaam News. 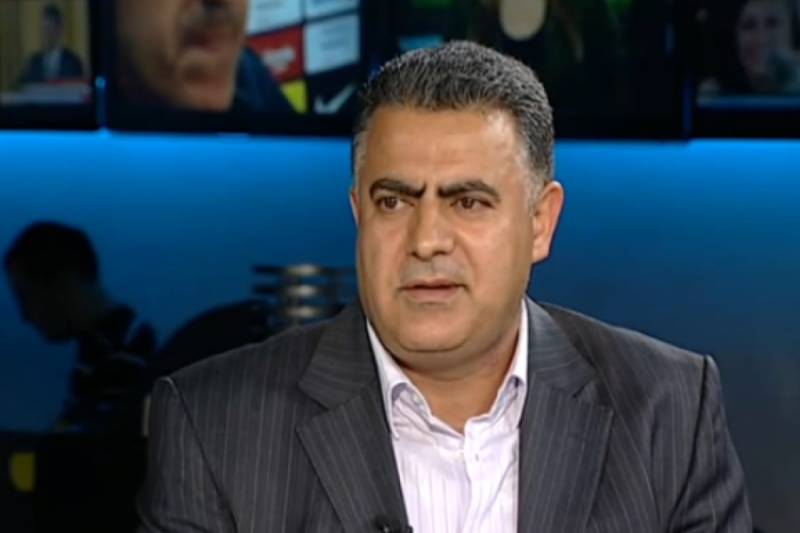 Syrian opposition figure, close to the Russian occupation, Khaled al-Mahamid, said that he is in the process of forming a political body that is based on United Nations resolutions and the Geneva Declaration.

Mahamid considered, in a statement to Al-Arabiya TV, that the political body, which he brought up for the first time, is emblematic of his country, is committed to reaching a political solution, and enjoys popular support.

He indicated that the political body will liaise with everyone who helps it to implement United Nations Resolution 2254 and the Geneva Declaration, considering that the latter are the basis of the new body.

Mahamid added in his statements that the Syrian opposition is living their worst era because in their ranks are those who are affiliated with foreign agendas. Mahamid considered himself an independent.

He called for a better activation of the Arab role and referred to the meeting that took place in Cairo and brought together four countries – Saudi Arabia, Egypt, the United Arab Emirates, and Jordan – to discuss the Syrian issue. He demanded not to leave the fate of Syria in the hands of the Astana axis (Turkey, Russia and Iran).

The special announcement that Mahamid made is redolent of the Syrian National Coalition’s (SNC) announcement of the formation of the elections commission which was widely condemned by activists and politicians, which forced the coalition to suspend the decision until the completion of negotiations.

It seems that all the SNC politicians and the likes of Mahamid, and others, will move, in the coming months, in the direction of forming political bodies that may participate in the presidential elections scheduled for 2021.