A former commander from the Free Syrian Army has been assassinated in Daraa, in another example of the continuing breakdown of security in the region writes Jesr. 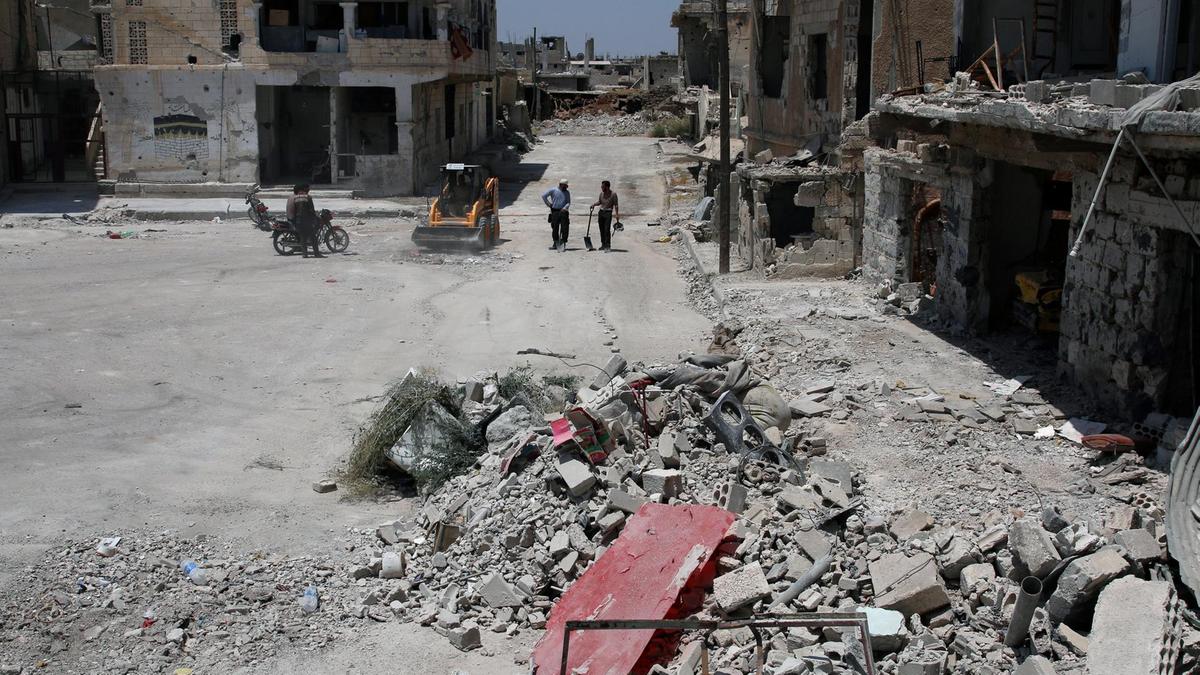 A former commander in the Ansar al-Huda, Moutaz Kana (also known as Anul Iz), was killed, and another former commander and a fighter in the Free Syrian Army were wounded when they were shot at by unknown assailants in the al-Nakhla area between Daraa and Nassib.

The Horan Free Media website said that the targeted people had not joined any regime party after it took control of the governorate. The deceased Abu al-Ezz was a military leader in al-Bunyan al-Marsous during the “Death Rather than Humiliation” battle in Daraa.

In a related context, the unknown assailants killed a young man, Ahmed Owaida Abu Aoun, on Thursday, by shooting him. He was a former member of the Free Syrian Army who joined the regime’s Fourth Division after making a settlement.