A Russian missile hit a building in Aleppo, which was being used by a displaced family to shelter in reports Zaman Al Wasl. 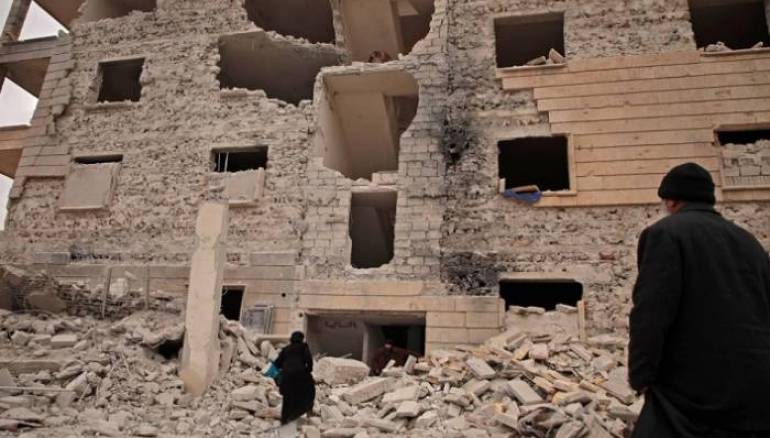 Four people from the same family were killed overnight in a Russian airstrikes on a building sheltering displaced people in northern Aleppo province, a local reporter said.

A father, mother and two children, who were sheltering in the western countryside, lost their lives in the Russian strike, according to Zaman al-Wasl’s reporter.

On Friday, the Russian-led forces backed by allied Shiite militias launched a new offensive on a rebel-held area in the countryside of Aleppo, which was designated as a “de-escalation zone.”

Syria’s Response Coordinators Team, a local monitoring group, said at least 2,900 families have fled the southern and western countryside of Aleppo in the past 72 hours.

Around 350,000 Syrians, mostly women and children, have fled a renewed Russian-backed offensive in the opposition-held Idleb province since early December, and have sought shelter in border areas near Turkey, the United Nations said Thursday.

On Friday, The United Nations High Commissioner for Human Rights, Michelle Bachelet, called for an immediate cessation of hostilities in Idleb, saying that the latest Syrian ceasefire had “yet again failed to protect civilians”.

“It is deeply distressing that civilians are still being killed on a daily basis in missile strikes from both the air and ground,” Bachelet said in a statement on the ceasefire, which was due to be implemented nearly a week ago.

The conflict in Syria has killed more than 560,000 people and displaced 6.5 million.