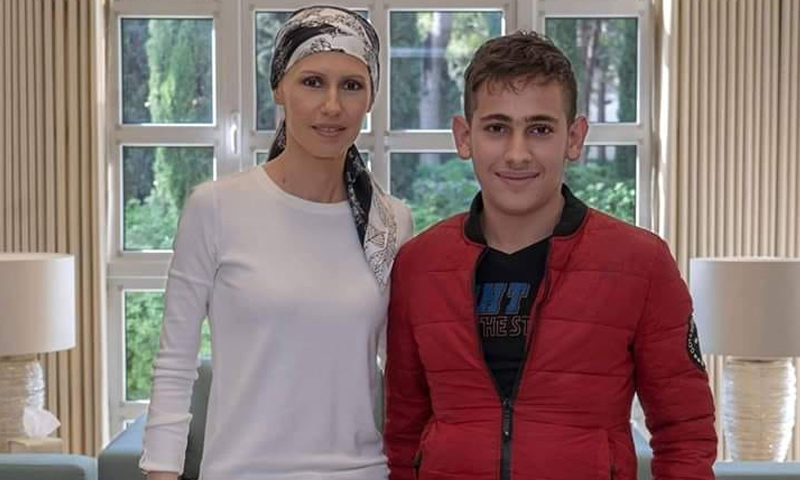 A fighter in the Tiger Forces, Rawad Merhej, died in the ongoing fighting in the northern Hama countryside. He was the son of Colonel Qusay Merhej, who was killed in the al-Layramoun fighting in Aleppo seven years ago.

On Monday, pro-regime Facebook pages mourned Rawad Merhaj, and said that he had graduated from the “school of martyrs’ families.”

The pages, including the Loyalist Homs News Network said that Merhaj came from the village of al-Awiniya in the city of al-Draykish and that he was killed on the Idleb fronts fighting in the Tiger Forces led by General Suhail al-Hassan.

The “Presidency of the Syrian Arab Republic” published images at the start of the year of Asmaa al-Assad meeting Merhaj and his family following the death of Colonel Qusay Merhaj.

The Presidency said that “Asmaa al-Assad received the family of Colonel Qusay Merhaj, who was killed in the al-Layramoun fighting in Aleppo city during clashes with terrorists in 2012.”