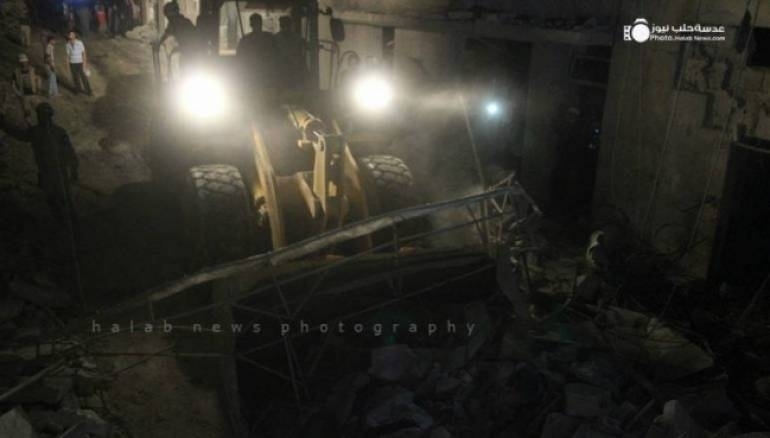 A Zaman al-Wasl local reporter said the bombing targeted the Ibad al-Rahman mosque in the district of al-Bab minutes before the Maghrib prayer following sunset for the 21st day of Ramadan.

Aleppo city is divided between the Syrian military – backed by pro-regime militia – and a range of insurgent groups including the Nusra Front, Islamist brigades and Western-backed rebels.