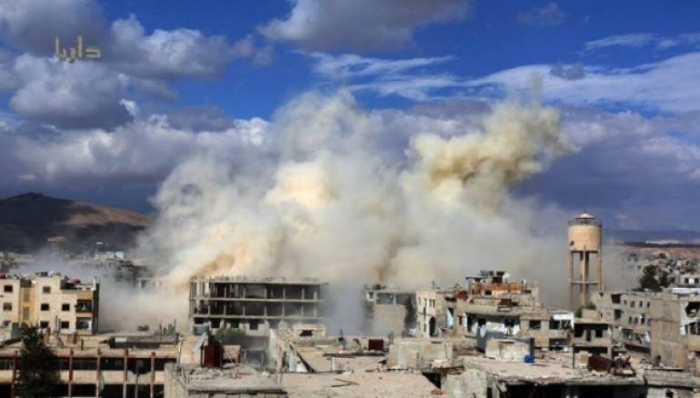 The Syrian army on Wednesday launched a major missile attack on Daraya, southern outskirts of Damascus, a monitor said.

The aerial campaign has accompanied heavy artillery shelling on the southern neighborhoods of the town.