Medics say 10 people, including a 12-year-old boy, were killed when their neighborhood was targeted with two missiles loaded with toxic sarin gas 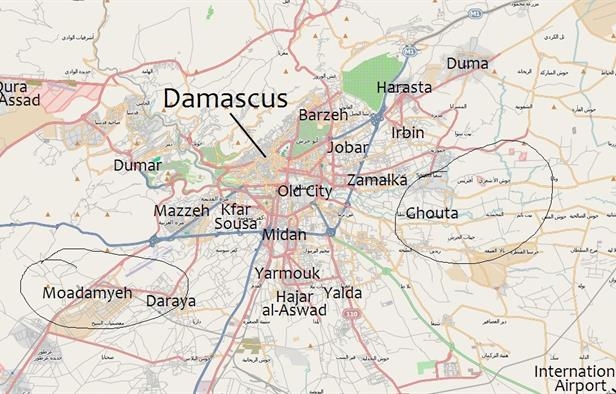 At least 10 people, including a child, were killed late on Tuesday in a sarin gas attack on the besieged town of Moadamiyat al-Sham, west of the capital, activists alleged.

The town's main hospital said 10 people, including a 12-year-old boy, were killed after their neighborhood was targeted with two missiles loaded with toxic sarin gas.

Moadamiyat al-Sham was also the site of the infamous 2013 gas attack carried out on a number of areas around Damascus, resulting in the death of hundreds and a US-Russian deal to strip the Assad regime of its chemical weapons program.