A new report by the Syrian Network for Human Rights has said that the International Coalition responsible for the deaths of thousands of civilians, including over 900 children. 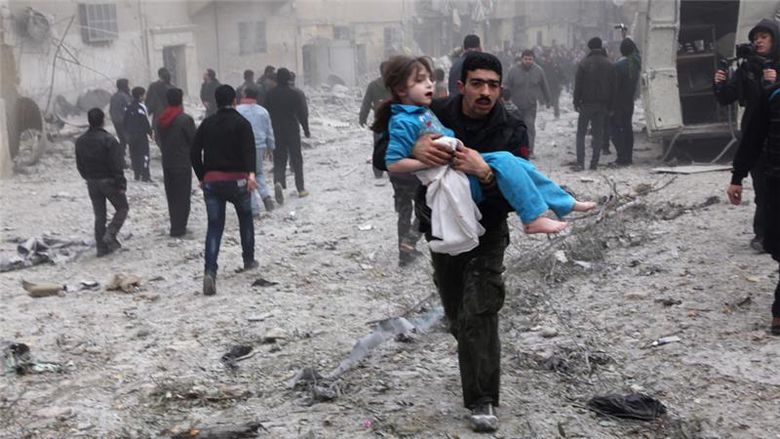 Since its intervention in Syria, the International Coalition against the Islamic State (ISIS) has killed more than 3,000 civilians, including more than 900 children.

The Syrian Network for Human Rights said in a report regarding the matter that 3,035 civilians, including 924 children and 656 women, had been killed by the US-led International Coalition forces since their military intervention in Syria began up to March.

The report said that the largest number of victims were in Raqqa province, followed by Aleppo and Deir ez-Zor in north and northeastern Syria.

It documented at least 172 massacres carried out by International Coalition forces, and 181 attacks on civilian centers, including 25 attacks on schools, 16 on medical facilities, and four on markets, within the same time period.

During the coalition’s attacks, at least 560,000 people were displaced, most of them forced to live in camps established by the so-called “Syrian Democratic Forces” (of which the PYD organization is the backbone), where they were detained, their identity papers were confiscated, and they were prevented from traveling.

The monitoring and evaluation carried out by the Syrian Network for Human Rights since the International Coalition began its military operations in Syria on Sept. 23, 2014, until the day this report was issued, show that violations by the International Coalition have followed a broad and repetitive pattern in a number of cities and towns in Syria. This undermines the credibility of these forces despite them declaring a noble goal of helping the Syrian people and the world be rid of terrorist groups and the threats they pose. These forces have also been more than a year late in eliminating ISIS in some areas, and have been late to begin reconstruction processes and compensation for victims, as well as setting up real local elections that could lead to real stability in northeastern Syria, which have had a major impact on the declared goals and aims.

No country participating in the International Coalition in Syria except the United States has issued reports or investigations into the incidents that have killed civilians. This has made it impossible for us to know which countries have carried out the attacks that led to these human losses. All we can do is refer to the International Coalition as a whole. Based on that, all countries in the coalition should issue periodic reports if their forces are responsible for incidents which result in human or material losses, and they should face up to their legal and human rights responsibilities and review their methods so as to avoid future violations.

The report said that during the Obama era the International Coalition had killed at least 976 civilians, including 194 children and 294 women, or about 32 percent of the total victims, and that there were 32 massacres and 61 attacks on civilian targets.

In the Trump era, killing has escalated greatly, with the number of civilians killed rising to about 2,059, including 730 children and 362 women, or about 68 percent of the total victims killed by the International Coalition.

The report said that the disproportionate and indiscriminate bombardments carried out by coalition forces was a clear breach of international humanitarian law.

It also said that, “serious violations of customary rules of humanitarian law amount to war crimes, including the targeting of civilians and civilian targets.”

The report called on the joint command of the International Coalition to increase the team working in following up and investigating the incidents and to make greater efforts in this area, and to make a data map of the areas most affected by airstrikes and to begin to address the economic and moral fallout of these attacks.