The arrest of the former spokesman for Jaish al-Islam has split opinion, with some questioning the methods and intentions of the French judiciary writes Al-Modon. 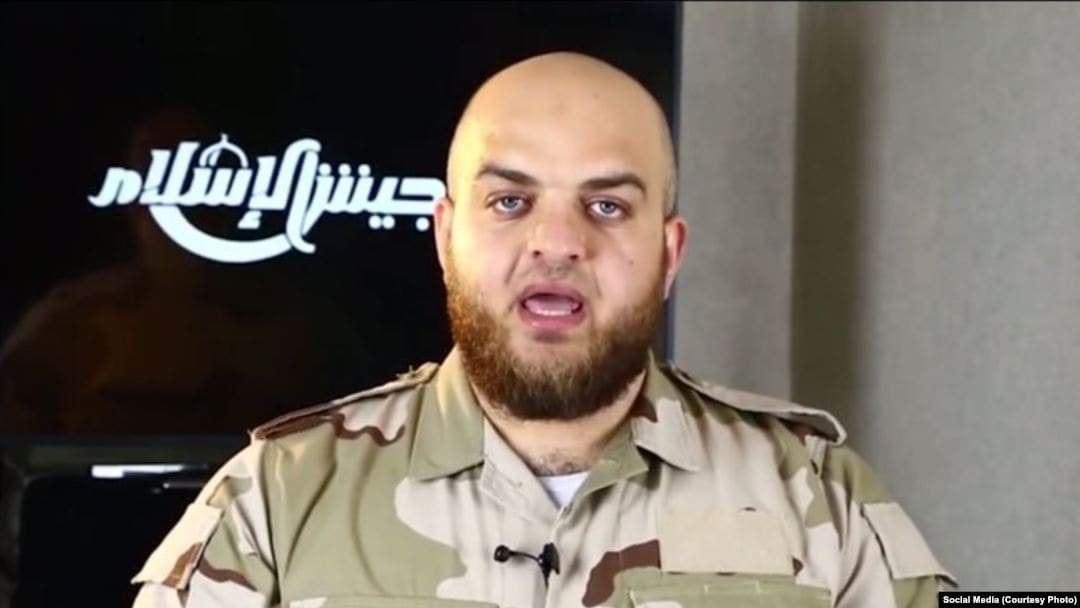 The arrest in France of Islam Alloush, the former official speaker for the Jaish al-Islam, sparked contradictory Syrian reactions. So far those defending him have included the two former presidents of the opposition coalition, Ahmed Maaz al-Khatib and Khaled Khouja—noting that one of these made no efforts in his position to determine the fate of the Douma Four captives. Islamists for the most part did not refrain from questioning the integrity of the French judiciary, declaring it to be politicized. They questioned what sort of justice prosecutes small figures, while leaving the large criminals free to continue their crimes.

While 38 years have passed since the Hama massacre, one of its major criminals—and the overseer of the Palmyra Prison massacre two years before that—happened to be Rifaat al-Assad, who today is being tried before French courts on charges of illegal enrichment, a charge which does not scratch the surface of his known criminal record. This highlights a major difference between the trial of Islam Alloush and Rifaat al-Assad in the same country, especially for those who do not want to read the full rationale for the two cases. By virtue of different time, tools and capacities, no Syrian entity has carried out a comprehensive case against Rifaat al-Assad for his crimes. Also, since the Palmyra massacre, and then the Hama massacre, laws have been developed in some European countries to include crimes carried out beyond their geographical borders. This of course does not excuse successive French governments from their moral responsibility for hosting those with known criminal histories—including those who they may have had enough intelligence to prosecute.

In the case of Islam Alloush, he was arrested on the basis of a case prepared by three human rights groups against the Jaish al-Islam, led by the Syrian Center for Media and Freedom of Expression, based on reports of violations from victims and their families.

It is worth noting that the coalition, which donated two of its previous presidents to defend Alloush, has a legal office headed by a lawyer who, before the revolution, headed a human rights defense organization. This office has not registered any significant activity in pursuing Syrian war criminals in front of international courts, unlike the pursuits by individuals and organizations who do not have the material capacities that this office does. As for the violations committed by rebel groups, the perpetrators include some represented in the coalition. No statement has been issued at any time, not even a lightly-worded statement calling on these groups to respect personal and public freedoms in the areas they control.

Some see Islam Alloush’s trial before the French courts as an offense to the image of the Syrian revolution. The truth is that the real abuse was the long silence about these groups’ violations, which encouraged them and others like them to continue.

It may be unfortunate that the first trials in German and French courts for violations in Syria are aimed at people affiliated with the opposition. The reason for this is the presence of the accused within reach of the judiciary. The first obvious regret is that Assad’s criminals have escaped trial for the same procedural reasons—that is, because they are staying in Syria, which is now a land of impunity. The more important aspect is that a difficult test faces Syrians, and putting their sense of justice at stake.

Many have seen the demands to try all war criminals in Syria equally, ignoring the particularity of the first and primary criminals. Even the concept of transitional justice remains more concerned with political change that allows for the prosecution of Assad’s criminals, rather than all the violations that accompanied the conflict in Syria. On the other hand, there were always fears that the crimes of the minor criminals would justify the crimes of larger criminals, and so concealment was ongoing. But the cover-up did not fulfill its purpose, as the factions that committed the violations did not make enough of an effort to disguise them, and were not at any time concerned with the image of the revolution.

Because it is impossible to hold fair Syrian trials, it is assumed that any external judicial process regarding Syria will be celebrated. The division of Syrians over Alloush’s trial strikes at the moral considerations that should bring them together despite political visions. The catastrophe here is not only politics winning over morality, but these politics being short-sighted, and not realizing that one who commits suicide morally does so politically as well.