For many years now, Gebran Bassil has demonized Syrian refugees living in Lebanon and has repeatedly called for them to return home writes Al-Araby al-Jadeed. 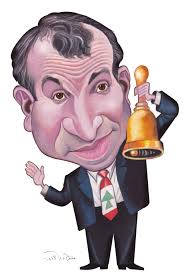 From time to time, Lebanese Foreign Minister Gebran Bassil will toss off a noise grenade to sow fear about the presence of Syrian refugees in Lebanon. Once they were a “time bomb” threatening Lebanon’s stability and comprised a terrorist threat to Europe. Another time, they were disrupting the export of Lebanese apples. Another, they were ruining the tourist season. Most recently, it is the Minister’s opinion that the refugees have become a threat to Lebanon’s social fabric.

International statistics say that the number of Syrian refugees in Lebanon before the end of 2017 was fewer than a million people. Tens of thousands have returned since that time for various reasons, most importantly, the racist practices to which they’ve been subjected at an official level. The racism of some municipalities has reached the point of orders being issued to prevent Syrians from walking at night. This has been met with condemnation by Lebanese civil society organizations active among refugees. This shameful practice has been explained as a way to prevent violations that some refugees have committed.

Among the refugees, there are people who do not respect the laws and who have carried out abuses acceptable to no one. This has happened in Lebanon and in other countries of refuge, such as Turkey, where dozens of incidents have occurred on its territory. However, the Turkish government has absorbed many violations by dealing with them and placing them in their contexts, and this has prevented them being used to criminalize Syrian refugees on their territory, who have received great understanding and have been given a chance to offer their best. Syrians have become a model of productivity and integration in work, perseverance, and good neighborliness.

Whoever has prepared Bassil’s statements over the years has concluded that the presence of Syrian refugees in Lebanon is a danger to the future of coexistence, and that they are a time bomb which will explode the current Lebanese formula based on sectarian balance. By combining the idea of a time bomb, with the term “social fabric”, Bassil is suggesting the potential for partition, which is a bogeyman waved by political leaders in Lebanon, and which they previously used against the Palestinians whose numbers grew until fears expanded in the public imagination—and then statistics showed that their numbers did not exceed half of the announced number and have not been given citizenship except for a small portion.

Whether the Minister weighed the impact of his latest statement, or he made it without calculation, the reputation of Syrian refugees is on Bassil’s lips. He has continued to blame them, when appropriate and when inappropriate, to the extent of inciting the world to press the refugees to go back to Syria—by standing with the Syrian regime, which plays the refugee card in order to request international assistance for reconstruction and to conscript young men for frontline service. It is strange that the ears of the Coalition and the Negotiations Committee are deaf to Bassil’s abuse, and that they do not make a move, when they have every legal justification to raise a lawsuit against the Lebanese Foreign Minister before international human rights courts, given that asylum and respect for the dignity of refugees are protected by international agreements.

Gebran Bassil expresses a racist mood which has spread in Lebanon over a long period. This pathological symptom has transformed from time to time. In the not-so-distant past, it was the Palestinians and the children of other sects who were the targets. The Syrian refugees have been added to them. Bassil is playing this card, knowing full well the effectiveness of populism. He is a man who reached the position of foreign minister in Lebanon without political qualification, but only because he is the son-in-law of President Michel Aoun. His view is long-term, and he accepts nothing less than the inheritance of a general who came to power on the wings of his alliance with Hezbollah, Damascus’s ally, who kept him out of the country for nearly 15 years—until he returned through the door of loyalty and obedience.