While military victories on the ground are part of the struggle, the real victory will be the return of refugees and a unified Syrian society writes Al-Watan 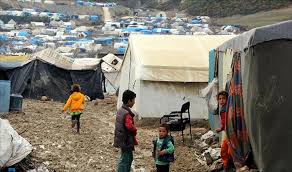 For seven years, terrorists and mercenaries from more than 80 countries have conspired against Arab Syria. These terrorist groups have used all means, methods and heinous tools to try and weaken the pillars of the Syrian state, dismantle Syrian society and divide the people, scattering them as refugees to all corners of the world.

The most horrifying outcome of war is the targeting of societies, turning them into multiple societies instead of one united society. It transforms them into warring ethnic and sectarian groups in order to push them to relinquish their land, culture, civilization, language and national identity and to resort to the protection of their sect at the expense of their belonging to the nation.

It is true that military victories are important, but they are circumstantial victories to restore a geographical part of the homeland or liberate a region from terrorism or occupation. However, the most important and most difficult aspect of a military victory is the restoration of a common identity, culture and civilization, especially after a fierce war and a vicious plot that lasts for several years, as happened and continues to occur in the Syria of Arabism.

Many observers consider that what the resistance achieved in Lebanon in 2006 was a military victory against the Israeli enemy. In a certain aspect, this is true. The resistance in struck the military halo of the Zionist enemy and created the so-called balance of deterrence, but contrary to what many observers saw, the real victory of the Lebanese resistance in 2006 is the courageous decision taken by its leadership to return all displaced people to their homes in the south on the morning of Aug. 14, 2006, immediately after the announcement of a cease-fire.

This bold strategic decision constituted a fatal blow to the Zionist project and prevented it from achieving its goal of displacing the southern community of the Lebanese people and making it a displaced society. The decision to return was an additional victory for the resistance on the top of its military victory over the Israeli enemy.

The global conspiracy against Syria has been aimed at keeping Syrian society dispersed and displaced from its homeland by all illegal means.

Recent letters from the United Nations directly warn Syrian refugees in Lebanon, Jordan and Turkey against returning to the Syrian homeland. This position confirms the continuing conspiracy to rid Syria of its society and prevent the restoration of its cohesion and unity, and this requires us to develop an urgent strategy to prevent the targeting of Syrian society.

Recently, the issue of the Syrian refugees in Lebanon has become a point of contention between different political parties. Some have raised the issue of the refugees as a means to coordinate with the Syrian government in order to facilitate their return as if the issue was related to the Syrian government accepting their return or not. Others have taken a position to prevent the return of the displaced Syrians, acting as lawyers, defending the will of the Syrian people and explaining their refusal of the return by way of the security situation in Syria, portraying the situation as if the displaced escaped the hell of the injustice of the Syrian state. This group of people are the same that participated and are still actively involved in conspiring against Syria and Arabism and are the executors of the US and Western and Gulf agendas that continue to strike at the unity of Syrian society and prevent it from regaining its unity.

In Turkey, a large-scale naturalization process is being carried out for displaced Syrians, stripping them of their Syrian homeland and using them for electoral purposes and recruiting them for security purposes in Turkey, serving Erdogan and his party.

In Jordan, huge US-Western-Gulf pressure on Jordan is taking place to prevent the return of Syrian refugees to their homeland.

If the Israeli enemy, along with the American, Western and Gulf implementers of the Israeli plan, succeeded in Libya, Yemen and Iraq in striking the flesh of the Arab society, we must work hard to find ways to counter the enemy's plan and its collaborators as a society that forms the cornerstone of Arab identity and belonging.

The file of displaced Syrians is no longer a humanitarian file. It is a file that is being used as a cruel and far-fetched method to pressure the Syrian state and extort it by paying billions to the host countries to continue the plot and intimidate the displaced Syrians from returning to the Syrian homeland.

David Ben Gourion, the Polish-born and founder of the Zionist state, said that Israel could not defeat the Arabs even if it possessed the atomic bomb and that Israel's victory over the Arabs lies only if we succeed in fragmenting Arab society.

We say that the call for coordination with the official Syrian authorities to return the Syrian refugees serves to blame the Syrian state alone for preventing the return of displaced people. However, focusing on a joint strategy to prevent the completion of the targeting of Syrian society by ensuring the safe return of the displaced to the Syrian homeland will be a decisive blow to the plan of the Zionist enemy, David Ben Gourion, and help us complement Syria's victory.