Ahmed Ismail was killed when an explosive device hit his car, with, a group calling itself the Qassioun Brigades claiming responsibility for the attack reports Baladi News. 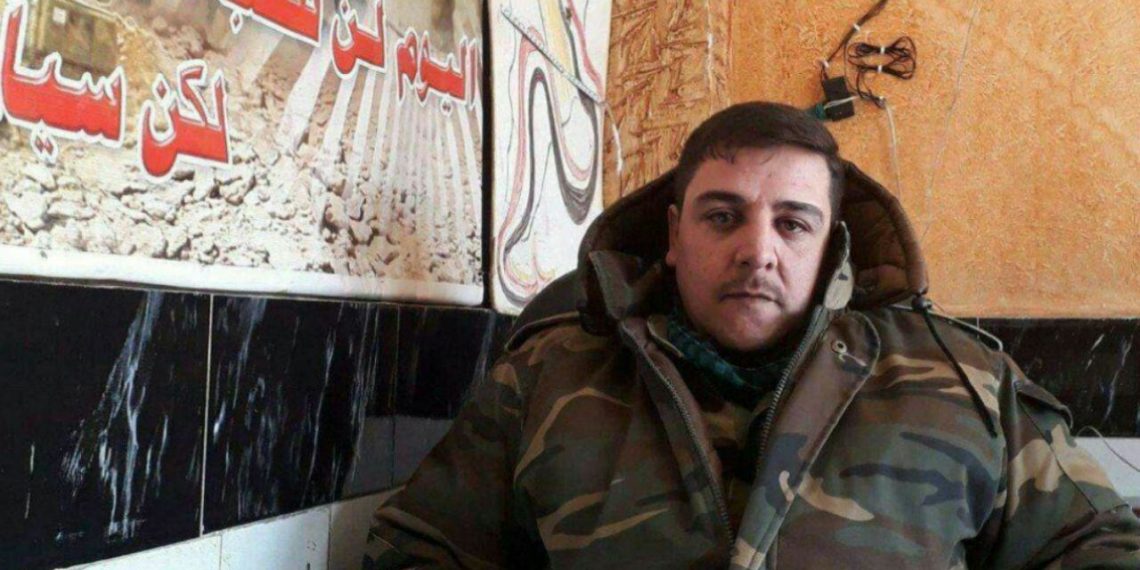 A prominent commander in the National Defense militia was killed when his car was hit by an explosive device on Monday evening in the Aisha river area in Damascus. A group calling itself the Qassioun Brigades claimed responsibility for the attack.

A pro-regime source said that Ahmed Ismail, also known as Abou Haidra, a commander in the National Defense and an agent for the southern region branch in the Air Force Intelligence, was killed in the blast.

After the news spread, the Qassioun Brigades claimed the assassination of the commander, publishing images of him in military uniform and another of his car in the moments before it was attacked.

The Qassioun Brigades previously claimed responsibility for killing Eyad Diyoub, a National Defense militia commander in the Aisha river area south of Damascus, by planting an explosive inside his vehicle. This was followed by an attack on a Military Security checkpoint in the city of Kafr Batna in eastern Ghouta.

There is little information available about the Qassioun Brigades, but from time to time they claim operations against the regime in Damascus and its countryside.