A fire broke out in the Real Estate Registry building in Hama, in what observers deemed to be an attempt by the Syrian government to dispossess indigenous from their property and conduct demographic change, according to Baladi News. 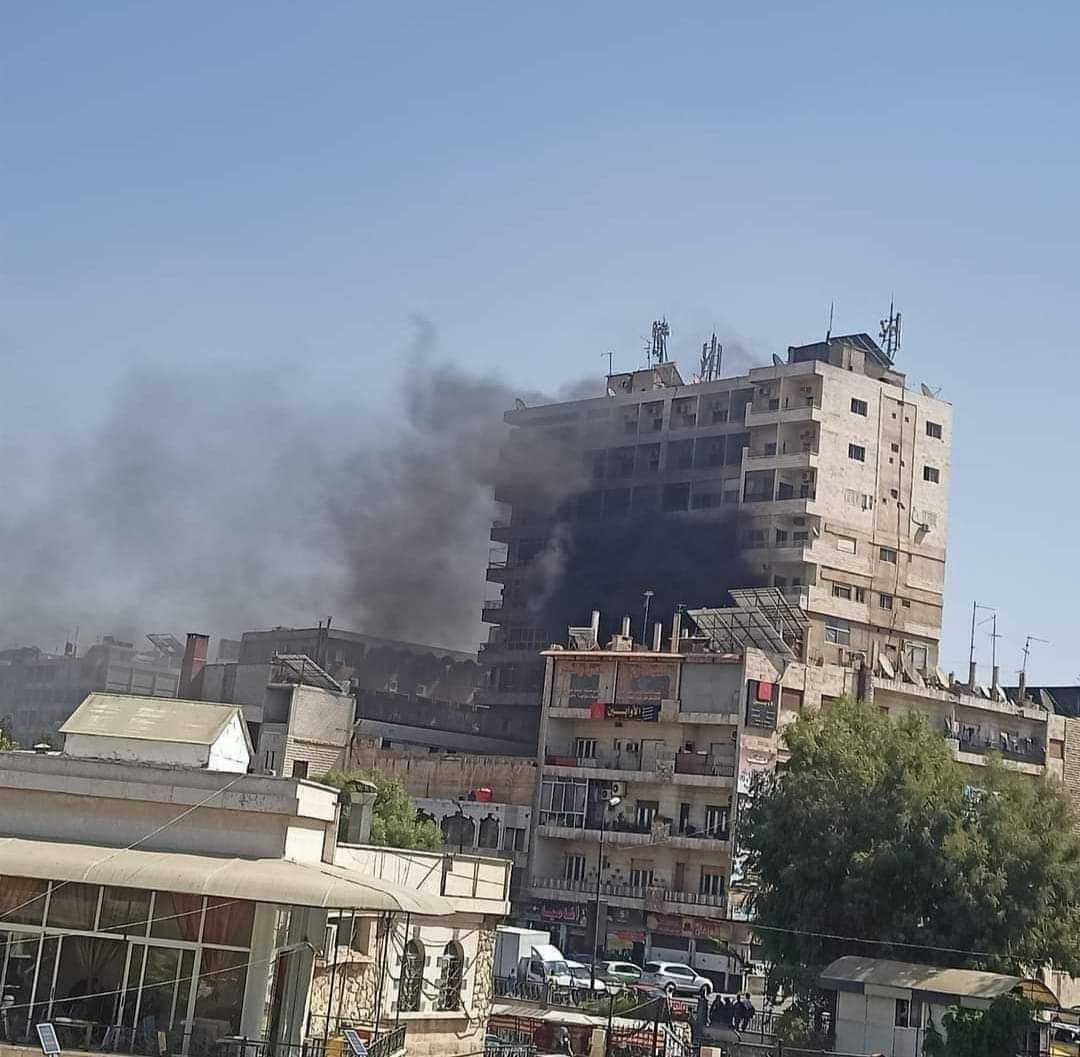 On Wednesday, September 22nd, a huge fire broke out in the Real Estate Registry building in Hama, which includes private and public property ownership in the governorate.

Activists circulated on social media a picture showing a huge fire devouring several floors in the Real Estate Registry building, in the city of Hama.

Followers expressed concern that the fire might have been set by the Assad regime to erase the property records of Syrian citizens and tamper property rights and pursue a demographic change approach.

The Hama governorate page claimed that firefighting teams took control of a fire that engulfed an abandoned roof in the Hama city tower. They ignored the fact that the building contains several departments, the largest of which is the real estate ownership department in the governorate.

Observers believe that the regime’s government and security services are seeking to bring about demographic change by displacing the region’s indigenous people and replacing them with loyalists.

The security committee in the Hama governorate has been organizing auctions to rent lands planted with pistachios and olives belonging to forcibly displaced people from their towns who have fled al-Assad’s missiles and aircraft since 2019. The security committee’s actions have raised doubts regarding the demographic change plans.

Activists say that al-Assad’s government and its security services organized auctions for the second year in a row in preparation for the seizure of agricultural land belonging to forcibly displaced people. This will not entitle the landowner to make use of his land except if he shows title deeds. Otherwise, the land will be transferred to auctions, most of which are awarded to leaders of mercenary groups loyal to the regime forces.

Assad’s regime is resorting to destroying and burning the proof of ownership of several forcibly displaced Syrians who have lost all their personal papers, including title deeds, due to the air and land bombardments that have affected their homes. This was then followed by searches and thefts by al-Assad’s forces.