Charities based south of Damascus, and led by the "godfather of reconciliation," Saleh al-Khatib, are reportedly stealing donations, according to Sowt al-Asima. 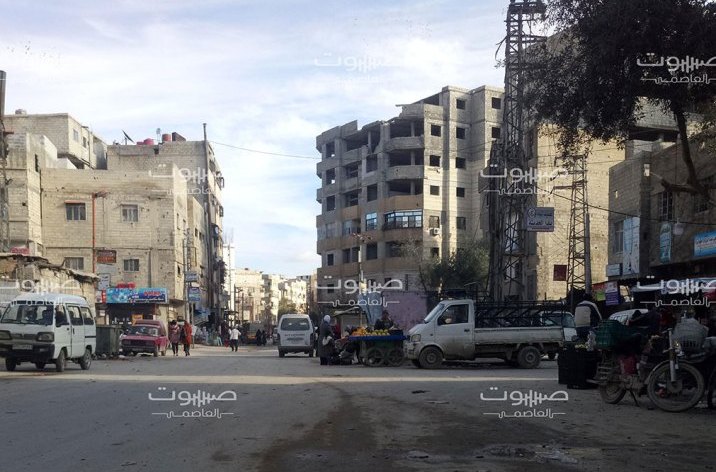 Many residents of the town of Yalda, south of Damascus, filed complaints against two “charitable” associations working to raise funds from the region. The complaints came after discovering that the charities had failed to distribute the funds and instead had used them for “personal” purposes, as they appear to be stealing donations.

A Sowt al-Asima correspondent said that during the last two days, the residents have filed many complaints to the Ministry of Endowments in the Government of the Syrian regime demanding the disclosure of the members of the two organizations and their activities.

The reporter added that the ministry issued a decision to partly suspend the work of the two associations until the completion of the investigation into the validity of the accusations contained in the filed complaints.

Confidential sources told Sot al-Assima that the two charities reportedly stealing donations were formed under the auspices of the godfather of reconciliation south of Damascus, Sheikh Saleh al-Khatib.

The sources pointed out that the two associations rely on lists prepared in advance to complete the distributions. They explained that they included only the inhabited families of Yalda, without including any family of displaced persons or Palestinian refugees residing there despite their poor living conditions.

According to the sources, most of the names on the distribution lists belong to the families of missing ISIS members from the region.

How do the associations get their money?

The sources confirmed that both associations work to raise funds from mosques each week, in addition to holding some local projects aimed at supporting the poor and needy.

The sources indicated that the processes for funding and donations are overseen by the mukhtar of Yalda, the godfather of reconciliation Saleh al-Khatib, and some members of the municipal council. Responsibility for distribution lies with the two association’s management.

Over the past few months, the two associations have conducted several tours in the Yalda town markets, aiming to raise funds from shopkeepers with official payment receipts.

A former association and more corruption!

The sources revealed that the two associations were established after the closure of the “Yasmine al-Sham” group, which was personally run by Sheikh Saleh al-Khatib.

The sources explained that the association had been closed pursuant to a decision of the former Ministry of Endowments. The closure decision was made due to “the association’s exploitation for profit and using donations for personal benefit.”

According to the sources, Saleh al-Khatib authorized both Abu Mohammed Ruh and Abu Yasser Saad to run the two associations as a smokescreen to remove Khatib’s name from them. This strategy would ensure that his work could continue after his former association was closed, amidst complaints filed against Khatib previously.