A drone strike by the U.S. has destroyed a truck belonging to the Iraqi Popular Mobilization Front (PMF) militia, according to Asharq al-Awsat. 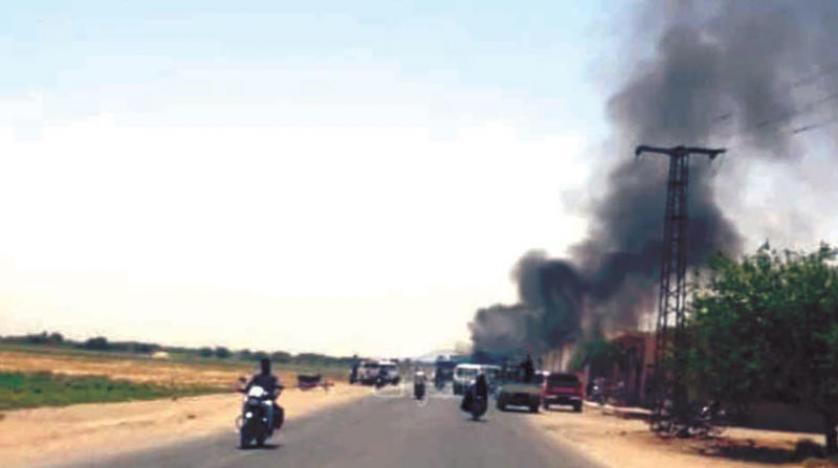 A U.S. drone attack targeted a truck for an affiliate of the Iran-backed Iraqi Popular Mobilization Forces (PMF) in eastern Syria on Sunday, destroying the vehicle without causing any casualties, two Iraqi militia officials said.

The attack came amid increasing tensions in the region between the U.S. military and Iran-backed Iraqi militias in recent weeks. The Americans have targeted militants who used drones and rockets to hit bases housing U.S. troops.

Iraqi Prime Minister Mustafa al-Kadhimi is due in Washington for talks with President Joe Biden on July 26th.

The Iraqi militia officials refused to say what the truck was carrying. They said the US drone first fired a warning shot, after which the driver jumped out, and a missile hit the vehicle shortly afterward. They said the truck belonged to Kataib Sayyid al-Shuhada, which is active along the Iraq-Syria border.

The officials spoke on condition of anonymity because they were not authorized to speak to the media.

A PMF official in Iraq’s al-Anbar region confirmed that the strike was launched from the Alboukamal area on the Syrian side of the border. He alleged that the truck was carrying aid.

There was no immediate comment from the U.S. military.

Syrian state TV reported the attack saying it was carried out by American drones. It said the truck was carrying food and there were no human losses.

The Britain-based Syrian Observatory for Human Rights, an opposition war monitor, said the truck was carrying weapons and ammunition for an Iraqi militia and was hit shortly after crossing the border from Iraq. It claimed that the driver was killed.