Mohammad Reza Naqdi has confirmed that the number of Iranian fighters killed was suppressed and that the Syrian regime is to blame for Israeli airstrikes targeting Iranian militias reports Alsouria Net. 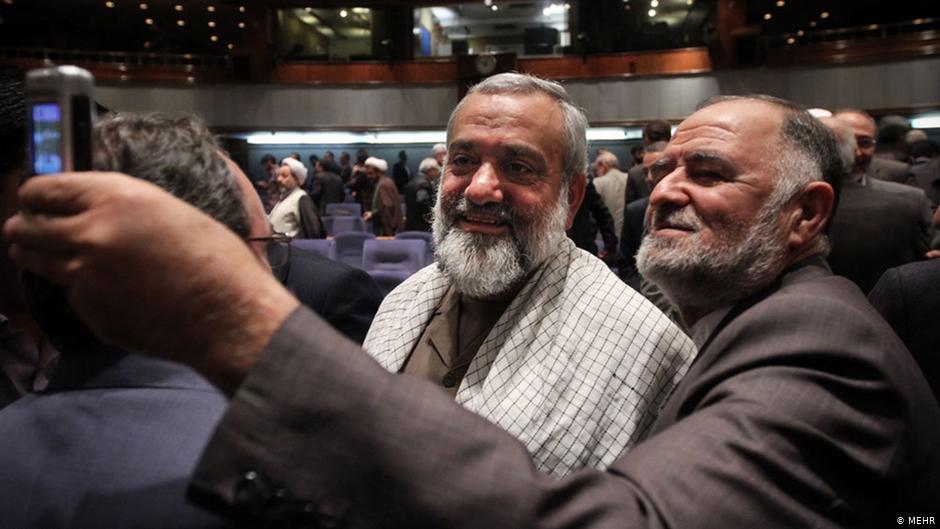 Leader of the Iranian Revolutionary Guards (IRGC), Mohammad Reza Naqdi, has admitted to concealing the exact death toll in the ranks of the IRGC in Syria following their intervention alongside Assad’s forces.

“We used to hide the [number of the] fighters that were killed in Syria, saying instead that they were martyred in the west of the country, which was not a lie, for Syria also exists in the west,” said Reza Naqdi, who assists in coordination work for the IRGC, according to Iranian media.

The leader added, “Everyone was blaming and mourning when Qasem Soleimani (former Quds Force commander) waged wars in the region. However, now we are proud to say that we went into Syria and fought as defenders of the Temple Mount.”

Naqdi confirmed that Soleimani went to Syria on the orders of Ali Khamenei, and, “landed on the airport runway (without naming it), which was besieged by the enemy in a plane carrying dozens of explosives and weapons.”

Tehran has provided military support to the Assad regime since 2011, sending fighters and supporting militias from Pakistan, Afghanistan, and elsewhere, all under the supervision of the Revolutionary Guard, to support Assad’s forces in suppressing the Syrian revolution.

The Secretary-General of the Lebanese Hezbollah, Hassan Nasrallah, confirmed, a few days ago, that Soleimani met with Russian President, Vladimir Putin, in 2015, for more than two hours in order to persuade him of the need for Russia to send military forces to support the pro-regime Iranian militias.

Moreover, Reza Naqdi acknowledged that during the past 30 years, Tehran spent more than 17 billion dollars on defense and cultural activities in the region, under the supervision of Soleimani, who died one year ago in Iraq, in a US attack.

Last year, the US Department of State’s Special Task Force on Iran published a report stating that Iran had spent 16 billion dollars since 2012 to support Bashar al-Assad and his allies in Yemen and Iraq.

Regarding the Israeli raids on areas in Syria, Naqdi affirmed that part of the raids have been targeting the forces he described as “the forces allied with Iran.”

He attributed the repeated Israeli raids to the failure of the Assad regime to respond to the attacks, saying that, “the continuation of these attacks is due to Syria’s policy of not responding to these attacks.”

The Israeli army confirmed the launching of 50 airstrikes against targets in Syria during the past year, the most recent of which was the targeting of the Scientific Studies and Research Center in Masyaf, on Thursday night.