Israel have conducted another airstrike killing one, a car bomb killed children in northeastern Syria, calls for US to lift sanctions and ISIS launch attack against Syrian army. Catch up on everything that happened over the weekend. 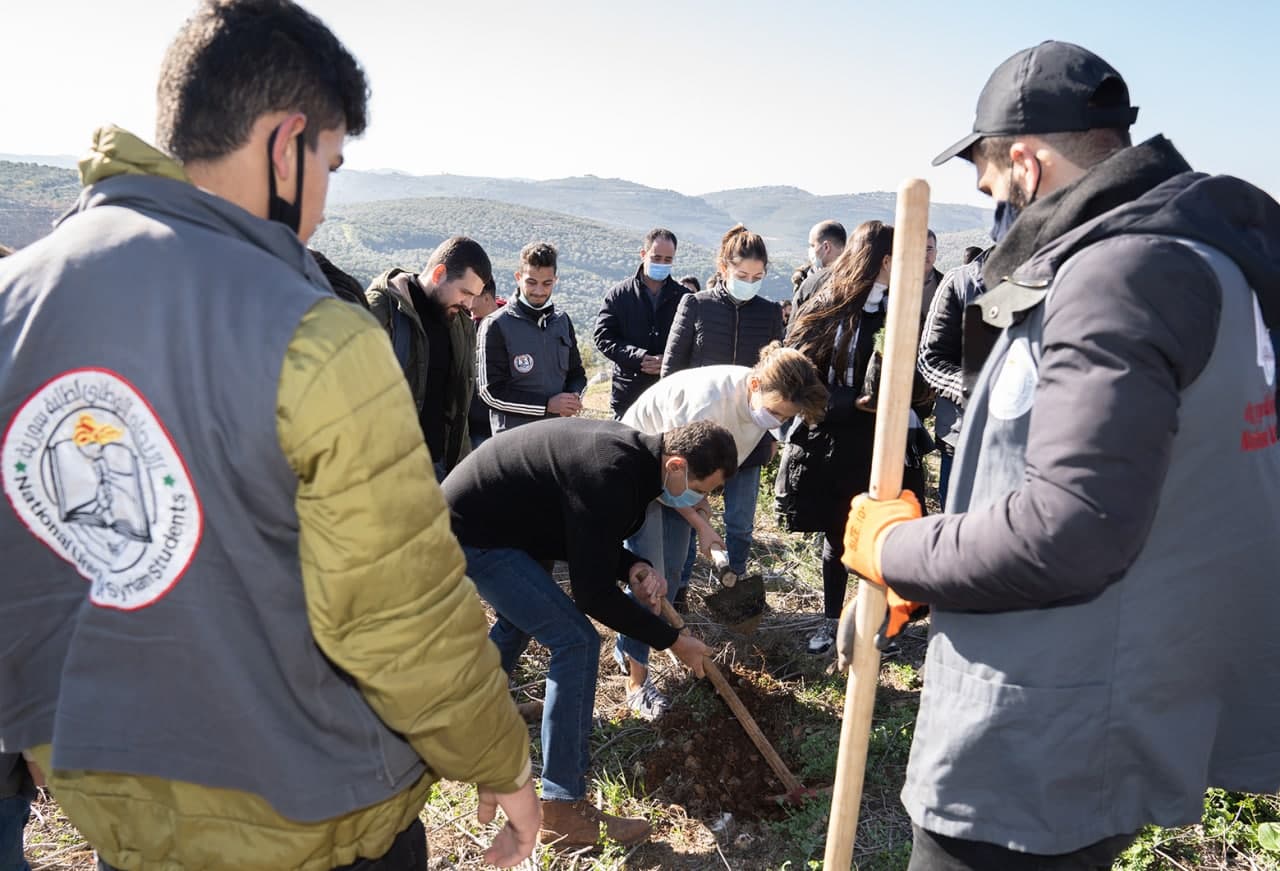 1. One Syrian soldier has been killed and several others wounded in an Israeli attack on a military position in the Damascus countryside near the Zabadani Valley, SANA said on Wednesday, citing a military source. “Today at 01:30 am the Israeli enemy carried out an air aggression with missile bursts from the northern Galilee, targeting our air defence forces in the Nabi Habeel area,” the military source said on Wednesday. The Israel Air Force says it attacked around 50 targets in Syria over the course of 2020, AP reported.

2. A car bomb near a vegetable market in northeastern Syria killed five people including children on Saturday in the Turkish-held border town of Ras al-Ayn, the Syrian Observatory for Human Rights said. At least three of the victims killed were civilians, but the identity of the other two was not immediately clear. Four others were wounded, it said. The Turkish defense ministry said two children had been killed and two civilians wounded.  Turkey blamed the attack on the Kurdish-led People’s Protection Units (YPG).

3. On Saturday, Syria lambasted the US government for the sanctions it has imposed on Damascus, following a UN special rapporteur’s statement that called on Washington to remove unilateral sanctions against the war-torn country. According to AP, the Syrian Foreign Ministry described US sanctions against the country as equal to “crimes against humanity” that impact the lives of normal citizens as the country looks to rebuild after 10 years of civil war.

4. On Tuesday, UN human rights expert Alena Douhan called on the United States to lift its unilateral sanctions “which may inhibit the rebuilding of Syria’s civilian infrastructure” destroyed by the conflict that has killed about half a million people. Douhan, who is the UN special rapporteur on the negative impact of unilateral coercive measures on human rights, said US sanctions “violate the human rights of the Syrian people.”  Speaking on Wednesday, the US Special Envoy for Syria Joel Rayburn rejected Douhan’s statement as “misguided and false.” A Syrian source said, “It is time for the US to assume full responsibility for the suffering of Syrians through its support for terrorism and the unilateral coercive measures, which violate international laws and deprive Syrians from having the livelihood factors of decent life.”

5. On Friday, a car bomb detonated near a Russian military base in northeastern Syria in the first such jihadist attack in the area against the ally of Damascus, Daily Sabah reported. Several were wounded in the attack after midnight in the Tel Saman area in Raqqa province, but did not give an exact figure.

6. Hatem Ali, the Syrian filmmaker and director of hit TV shows, has died at the age of 58, according to multiple local news reports citing family confirmation. Syrian intellectuals, artists, activists, and ordinary people – both opposition and loyalists – mourned him on the social media. Rarely was another artist was mourned this way. Deadline reported that Ali graduated from the Higher Institute of Dramatic Arts in Damascus in 1986 before first moving into acting and then into directing in the 1990s. He was noted for helming works that depicted Arab history, such as his 2000 trilogy al-Zeer Salem, as well as his projects about Muslim conqueror Salaheddin and the rise and fall of Muslim Andalusia.  His 31-episode drama The Palestinian Exodus, shot entirely in Syria, told the story of how some 700,000 Palestinians were forced to flee their homes during the creation of Israel. On the feature side, his 2009 film The Long Night, about three political prisoners who are released from a Syrian prison after a long imprisonment and try to adjust to freedom, debuted at the Chicago International Film Festival in 2009 and won a special mention at the Cairo International Film Festival the same year.

7. At least 28 people are believed to have been killed in an attack on a bus along a main highway in Syria’s eastern Deir ez-Zor province that borders Iraq, Syrian state media said on Wednesday, an incident that residents and defectors say was likely an ambush aimed at pro-Assad forces. The attack, according to Al-Jazeera, which wounded 13 others, was in an area where mostly the Syrian army and Iranian-backed militias are based, near the ancient city of Palmyra. Islamic State (ISIS) on Thursday claimed responsibility for the attack, saying it had killed 40 Syrian army soldiers and badly wounded six others. The statement was carried by ISIS’s Amaq news agency. A senior military defector in the area said the vehicle carried soldiers and pro-government fighters who had finished their leave and were on their way back to their base in the desolate, sparsely populated area.