Sheikh Najjar has been hailed a success following the return of industry and the rehabilitation of facilities for manufacturing writes SANA. 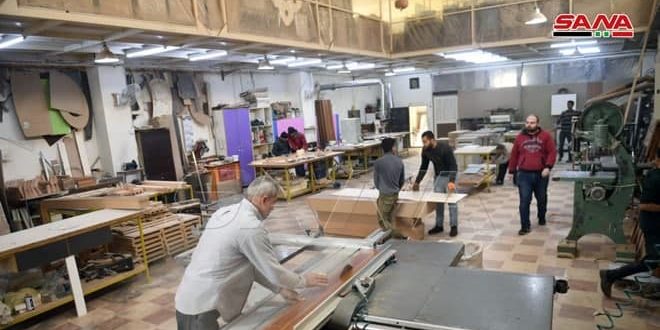 The industrial city of Sheikh Najjar in Aleppo is considered a locomotive of the industrial and economic sectors thanks to its high productivity, especially with the return of many industrial facilities for work and production.

More than 675 industrial facilities have returned to work and started production in the city, proving that the determination of Syrians to confront terrorism and its backers as well as sanctions has grown stronger.

On the 4th anniversary of the liberation of Aleppo by the Syrian Arab Army, the number of industrial facilities working in Sheikh Najjar increased with new facilities continuously joining production in this city to boost the industrial sector and help it restore its glory as the biggest contributor to Syria’s economy.

He said that nowadays, there is great demand for investment in this economic edifice due to the improvement of the investment situation and the facilitations provided by the government to investors.

He pointed out that 467 new sections have been given to industrialists to start work during this year and that 200 new building licenses were granted to activate the construction sector, leading to the entry of 100 new facilities to the city in recent months.

“The infrastructure of the industrial city was destroyed and drinking water and industrial water services have been restored thanks to the rehabilitation of three water pumping plants and four electrical transformers,” he said, inviting investors abroad to return to rebuild their facilities in the Industrial City.

Ajjan pointed out that the electrical current feeds the industrial city 24 hours a day, and currently work is underway to discuss the post-production process by setting up a fairgrounds in the city on an area of 20 hectares.

He added that work also is underway to establish a craft zone on an area of five hectares allocated to the blacksmithing craft, to be the first link in the supply of industries in the industrial city.

Many facilities for working in the textile, engineering and food industries have resumed production in the city after they were rehabilitated and supplied with new production lines and machinery.