Khaled al-Saleh, who worked as a senior rescue worker from Syria's White Helmets civilian defence group, have been given refugee in Germany and flew there with his wife and children on Monday evening reports Al-Araby Al-Jadeed. 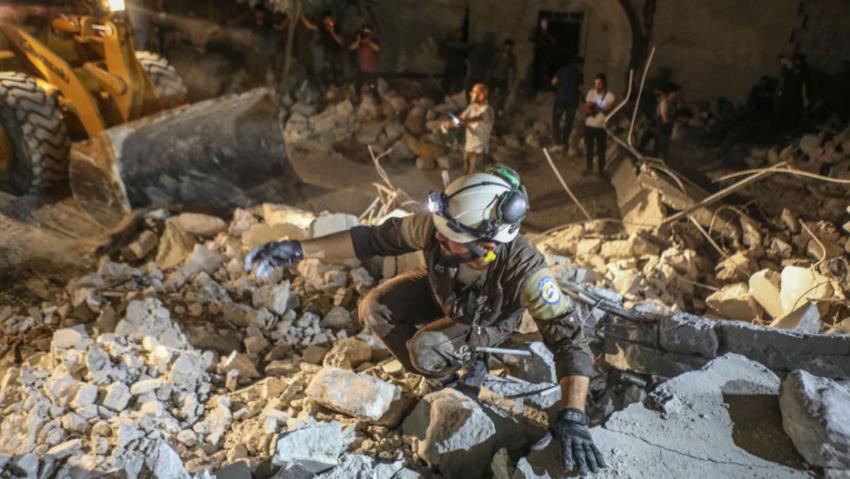 A senior rescue worker from Syria’s White Helmets civilian defence group has been given refuge in Germany along with his family, the German foreign ministry told AFP on Tuesday.

German weekly Der Spiegel had earlier reported that a man, named as Khaled al-Saleh, his wife and two children had left Jordan aboard a German government plane that landed in the European country on Monday evening.

The foreign ministry told AFP that al-Saleh “has arrived in Germany”, but gave no further details about where he is staying.

According to Spiegel, al-Saleh is a leading member of the renowned White Helmets, a group of civilians who act as first responders in rebel-held areas of war-torn Syria.

Al-Saleh reportedly helped organise the mass flight of more than 400 White Helmet rescuers and their relatives out of Syria in the summer of 2018, with assistance from Israel.

They were evacuated from Syria’s Quneitra province through Israel to Jordan, after the rebels surrendered the last areas they held in the southwestern province to the government.

The unprecedented operation was backed by several Western countries.

Britain, Germany and Canada at the time were among the nations who agreed to take in the evacuees within three months.

But al-Saleh’s resettlement was delayed after a German intelligence report concluded he may have links to jihadists, Spiegel wrote.

Al-Saleh denied the accusations and the German foreign ministry found that the suspicions were unjustified.

Jordanian King Abdullah II himself raised al-Saleh’s case with German Chancellor Angela Merkel during a visit to Berlin in 2019, the weekly added.

The White Helmet volunteers have gained global fame for their rescue efforts in Syria’s opposition-controlled areas, and are named after the white hard hats they wear.

The group’s motto – “To save one life is to save all of humanity” – is drawn from a verse in the Koran, although the White Helmets insist they help all victims, regardless of religion.

They were nominated for a Nobel Peace Prize in 2016.

Syria’s war, which broke out after the brutal suppression of anti-government protests in 2011, has killed more than 380,000 people and displaced millions from their homes.

Editor’s note – Readers should not mistake Khaled al-Saleh with the Director of the White Helmets, Rael al-Saleh. The latter has made a statement confirming that he is still in his position and has not applied for asylum.