A new reports by the Syrian Network for Human Rights has documented the victims who were killed or injured in chemical weapons attacks since 2012 reports SY 24. 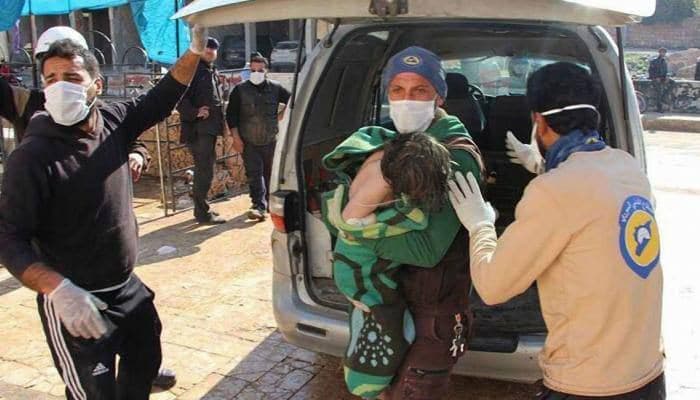 On Monday, the Syrian Network for Human Rights (SNHR) documented the killing of nearly 1,500 civilians and the wounding of 12,000 others, in chemical weapons attacks in Syria, noting that more than 200 chemical attacks were recorded from late 2012 to November 2020.

This came in a report published by the SNHR on the occasion of the Day of Remembrance for all Victims of Chemical Warfare.

In its report, they documented 217 attacks by the Syrian regime forces, and five at the hands of the Islamic State (ISIS).

The SNHR indicated that the attacks of the Syrian regime resulted in the death of 1,510 people, of which 1,409  were civilians, including 205 children and 260 women, plus 94 opposition fighters, and seven regime forces prisoners who were in opposition prisons.

The report pointed out that the attacks caused the injury of 11,212 people, of whom 11,080 were injured in attacks launched by the regime and 132 were wounded in attacks by ISIS.

The report emphasized that the Day of Remembrance for all Victims of Chemical Warfare comes at a time when the Syrian regime still refuses to admit that it deceived the Organization for the Prohibition of Chemical Weapons (OPCW), as its institutions continued to produce chemical munitions and continued to develop the chemical weapons program after its accession to the Chemical Weapons Convention in 2013, which practically translated through the regime’s repeated use of chemical weapons dozens of times.

The SNHR called on the Executive Council of the OPCW to promptly hold the Security Council responsible and ask it to intervene in accordance with Chapter Seven of the United Nations Charter, on the grounds that a member state’s use of weapons of mass destruction is supposed to pose a serious threat to international peace and security and to work more on holding all those involved in the use of chemical weapons in the Syrian regime accountable, including the senior leadership.