A refugee in Germany is taking legal action against the Greek government for expelling him to Turkey as he searched for his 11-year old brother, who whereabouts remain unknown writes Al-Araby Al-Jadeed. 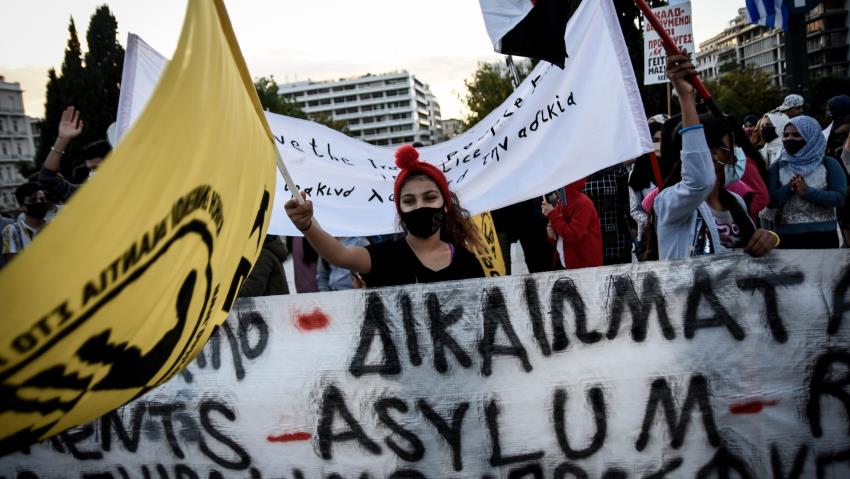 A 26-year-old Syrian refugee, currently in Germany, has accused the Greek government of expelling him from the country to Turkey as he searched for his missing 11-year-old brother.

Lawyers are representing the Syrian man, who has not been named in the case that will be filed with the UN human rights committee, The Guardian reported.

The man had flown to Greece after he found that his 11-year-old brother had followed him to Europe but had disappeared crossing the border from Turkey to Greece.

He had travelled to a town in the northeast called Evros, where he searched for his brother, showing locals a photograph of him.

But Greek police soon picked him up, took him to a detention centre, strip-searched him, and confiscated his identification papers, he said.

That night he was taken to the border and put on a boat to Turkey, making his way to the German embassy in Istanbul.

It took three years for his documents to be reissued while his young brother is still missing.

“There are so many people who are oppressed and face great injustice… others should know about this,” he told the publication.

He had attempted to reach Greece a further 11 times and eventually connected with a Greek NGO, Human Rights 360, who helped him return to Germany where he had his residency papers reissued.

This isn’t the first time refugees have accused Greece of pushing them out.

In September a group of Afghan migrants in Greece were “mistreated, shoved into life rafts and abandoned at sea” by Greek authorities.

Associated Press journalists on a Turkish government-organised coast guard ride-along were aboard the patrol boat that picked up the 37 migrants, including 18 children, from two orange life rafts in the Aegean Sea on 12 September. Two other media organisations on similar government-organised trips in the same week witnessed similar scenes.

“They took our phones and said a bus will come and take you to the camp,” Omid Hussain Nabizada said in Turkish.

“But they took us and put us on a ship. They left us on the water in a very bad way on these boats.”

Turkey, which hosts about 4 million refugees, accuses Greece of large-scale pushbacks – summary deportations without access to asylum procedures, in violation of international law. It also accuses the European Union of turning a blind eye to what it says is a blatant abuse of human rights.

The Turkish coast guard says it rescued over 300 migrants “pushed back by Greek elements to Turkish waters” this month alone. Citing what they say are credible reports, international rights groups have repeatedly called for investigations into the alleged incidents.

Greece, which lies on the EU’s southeastern border and has been the gateway for migration flows from Turkey, denies the allegations and in turn accuses Ankara of weaponising migrants.

Other rights groups and refugee organisations, including the UN refugee agency, have repeatedly called on Greece to investigate what they say are credible reports and testimonies of such expulsions occurring.

“UNHCR is particularly concerned about the increasing reports, since March 2020, of alleged informal returns by sea of persons who, according to their own attestations or those of third persons, have disembarked on Greek shores and have thereafter been towed back to sea,” the agency said at the time.