The Syrian regime has made a number of promotions, in an effort to increase its influence and control in the eastern province of Deir ez-Zor reports Nedaa Syria. 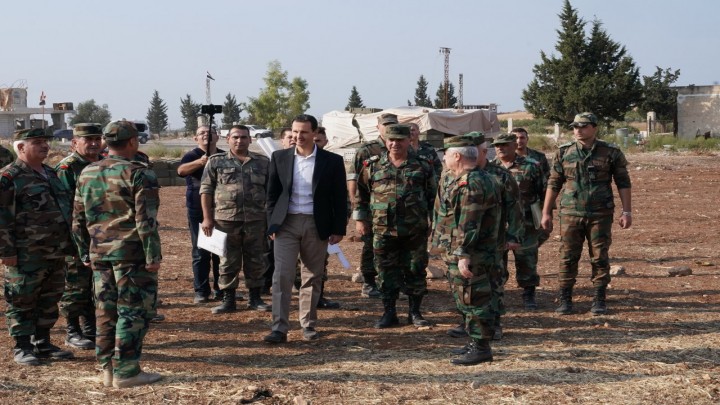 The Syrian regime has introduced new changes that affected three of the most prominent formations deployed in the provinces of Deir ez-Zor.

A source exclusive to Nedaa Syria said that the new formations include the appointment of Brig. Gen. Nasser Esber Abdallah from the city of Safita in the countryside of Tartous, as Commander of the Security and Protection Brigade in the city of Aleppo.

The source pointed out that Abdallah, who is known for his close ties with the Iranian Revolutionary Guard and the Lebanese Hezbollah, was involved in protecting the Aleppo Central Prison during its siege which extended from April 2013 until May 2015.

The new decision included appointing the so-called Khaled al-Hassan to the position of Commander-in-Chief of the Baqir Brigade militia, operating in the governorates of Deir ez-Zor and Aleppo. Baqir Brigade is considered one of the most prominent Iranian arms in the Syrian Jazeera region.

According to the source, the Assad regime appointed Nawaf Ragheb al-Bashir, sheikh of the al-Bakara tribe in Syria, who, in 2017, ended up making a settlement deal with the regime after previously pledging his support for the revolution as the leader of the Legion of the Tribes.

A few months ago, Bashir called for the formation of an army made up of Arab tribes in the eastern Euphrates region. He said the army should be buttressed by weapons and equipment provided by the Assad regime to confront the People’s Protection Units and the American forces deployed in the region.

Bashir played a major role in implementing Iranian agendas in Deir ez-Zor Governorate in eastern Syria. He also contributed to recruiting the people of the region into Tehran-affiliated militias, abusing his influence over them and taking advantage of their need for money.

The changes come to enhance Iran’s sway in Syria and support its plans to further penetrate the country and spread Shiism, now more than ever, especially since Bashir and Hassan have declared, on several occasions, their loyalty to Tehran.