Tens of trucks carrying oil, taken from the oilfields controlled by US forces, have left Syria and crossed over into Iraqi territory writes SANA. 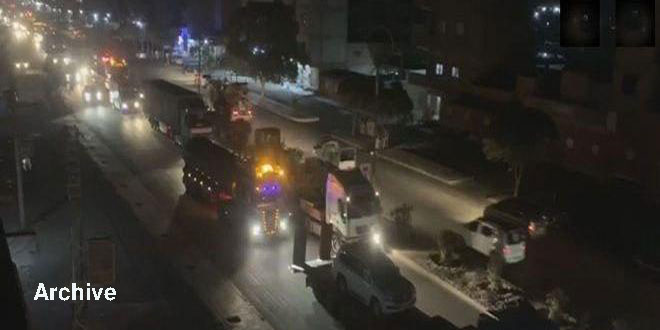 The US occupation has continued to steal and pillage Syrian resources, with 120 tankers laden with stolen oil leaving Syria for the Iraqi territories via the illegitimate al-Walid crossing.

Local sources told SANA’s reporter in Qamishli that, “A US occupation convoy of 70 tankers laden with stolen oil left the Syrian territories on the Hamza Beik Station road on the borders with Iraq.”

The sources added that another convoy that consists of 50 tankers belonging to the US occupation left Rmelan town, and they were laden with oil stolen from the oilfields occupied by the US in Syria, heading for Iraq through the illegitimate al-Walid crossing.

The US occupation forces in collusion with the Syrian Democratic Forces control most of the oilfields in the Syrian al-Jazeera region with the aim of pillaging them. In recent months, thousands of trucks laden with weapons and military and logistic materials have entered the vicinity of the oil wells.