Iranian militias have attacked a village in Hama, stealing the livestock and leaving 15 civilians dead, in a horrific attack reports Shaam News. 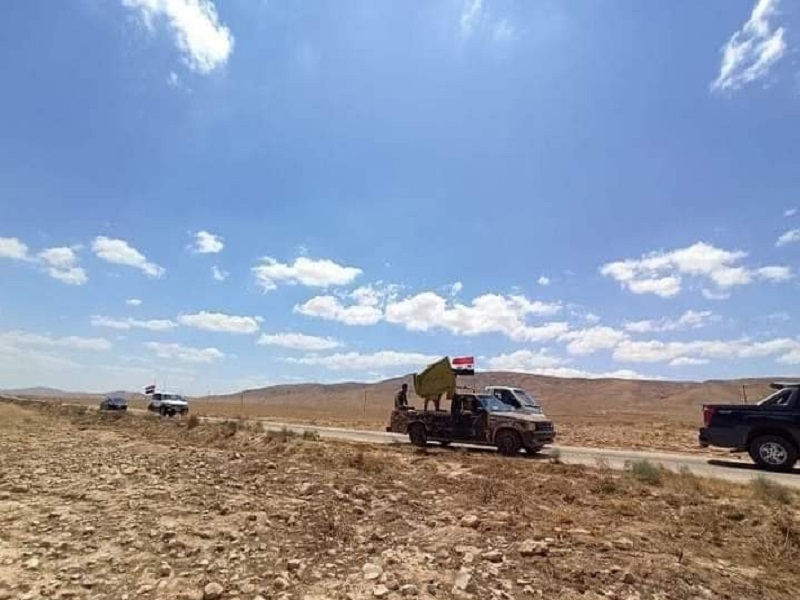 Iranian militias committed a horrific massacre against a number of civilians after stealing their livestock in the village of al-Fasidah, near the al-Saan district, in the eastern Hama countryside, according to reports by local sources.

Massacres have become recurrent events in the areas of influence of Iranian militias and they spread corruption and killings fueled by sectarianism in the rural areas of Hama, Raqqa and Deir ez-Zor.

Activists said that the attack was carried out by Iranian militias on Monday evening. They resulted in the killing of at least 15 civilians, who belong to the al-Mawali and al-Hadidin al-Muaatala tribes. Herds of cattle were stolen and the bodies of the victims were left laying on the ground.

Local sources published a picture of a civilian who had fallen victim to the attack carried out by sectarian militias against the inhabitants of the village. The latter is home to civilians who work in agriculture and livestock farming. Incidents of this nature are frequently committed by Iranian militias, who have a track record of carrying out crimes against herders in Syria’s desert areas.

Local media sources had previously reported that Iranian militias carried out a criminal operation against the residents of the village of al-Khufiyah, east of al-Saan district in the eastern Hama countryside, which resulted in killing and wounding a number of civilians, whose property was stolen.

The sources pointed out that the Iranian militias mobilized a military force from their control areas in Athria – Khanasser and Sheikh Hilal in the eastern Hama countryside, towards the village, in order to attack it, killing and wounding civilians from the al-Ubaid family and the al-Jamal clan.

Online pages demanded eastern Hama countryside notables to put an end to the practices of Iranian militias that are committing massacres against the Sunni tribes and clans scattered across the al-Jiftlik area, and indicated that accusing Hama countryside people of belonging to the Islamic State is a claim that is frequently used.

The pages stressed that there are no Islamic State members in the eastern countryside of Hama, and those who inhabit it are nomadic Bedouins who go wherever there are grazing areas. This confirms that the Iranian militias are behind the repeated massacres and crimes in the Syrian desert, especially in the countryside of Deir ez-Zor and the Ma’adan region near Raqqa.