The ceasefire in Idleb has been repeatedly violated by the regime and Russia, preventing the return of many families to their homes and killing a number of civilians reports Nadaa Syria. 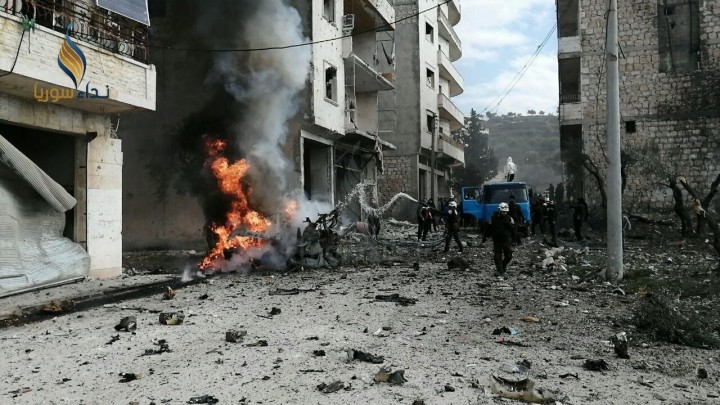 The response coordinators team confirmed that the ceasefire agreement in Idleb, which was concluded in Moscow at the beginning of last March, has been violated nearly 2,800 times by the Assad regime and its supporters.

The team said in a statement today that the Russian and Iranian militias continue to violate the truce agreement in northwestern Syria, deliberately targeting residential areas and neighborhoods in the villages and towns of the Idleb countryside to prevent the return of displaced civilians.

According to the statement, the number of violations from Mar. 5 – Sept. 21, 2020, reached more than 2,793, including violations by Russian warplanes and drones, which left 29 civilian casualties. Thirteen key facilities were also targeted.

The team condemned the ongoing violations by the Assad regime and Russia, stressing that they resulted in delaying the return of hundreds of civilians and sent a number of families into displacement again.

According to the statement, the fact that international actors are turning a blind eye to the ongoing hostile behavior and violations is being leveraged by the regime to violate all international agreements and carry out systematic terrorism against its people. The statement called on the international community to take vigorous action to save civilian lives and stop war crimes against them.

Russian and Iranian militias have intensified their bombing of villages and towns in the southern countryside of Idleb over the past few days. They carried out several infiltration attempts, while Russian warplanes launched more than 27 raids on the western outskirts of Idleb. Moreover, Russia asked Turkey to withdraw a number of its observation sites and reduce its military presence, which Ankara rejected.