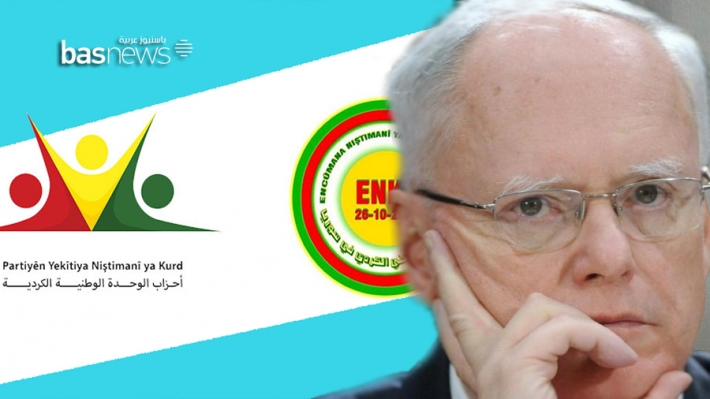 An informed Syrian Kurdish source confirmed to Basnews that Jeffrey will meet the Kurdish National Council in Syria (ENKS) and the Kurdish national unity parties (the largest of which is the PYD), today, regarding the ongoing negotiations between the two parties.

The source added, “Until now, we do not know whether the meeting between Jeffrey and the two Kurdish parties will be in-person or via teleconference. The meeting will tackle the topic of the announcement of a sole Kurdish political authority and the ongoing negotiations among the Kurdish political forces.”

The source indicated that Jeffrey’s visit to Syria is related primarily to the Syrian Kurdish negotiations and the issue of the anti-regime Syrian opposition.

The source suggested that the American official will be meeting with the Arab political opposition forces.

An informed Syrian Kurdish source revealed on Friday that the Kurdish National Council and the Kurdish national unity parties had reached a final agreement, sponsored by the US, with regards to the Kurdish political authority, and that it would be announced soon.

The 2014 Dohuk agreement regarding governance, partnership in administration, protection, and defense is the basis for the continuation of the ongoing dialogue and negotiations between the two delegations, which aim, in the near future, to reach a comprehensive agreement.